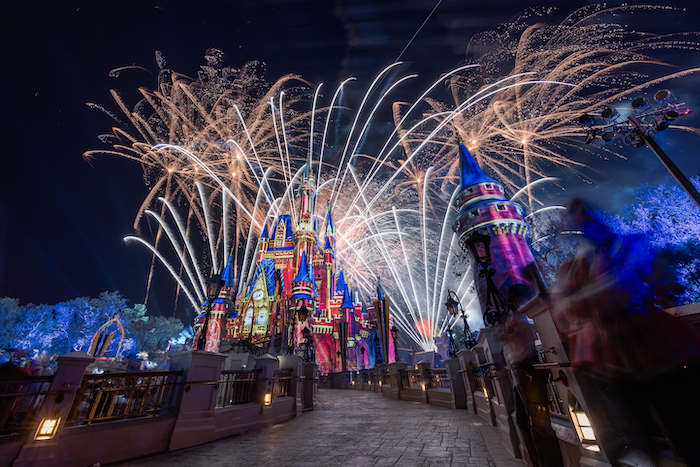 Happily Ever After – a great ending to a fairytale day at Magic Kingdom. Photo by Laurie Sapp

Happily Ever After is the show that ends the night at the Magic Kingdom.

Dad loves fireworks, and Dad loves Disney. This show is a wonderful celebration of both!

Wishes was Dad’s favorite fireworks show. From 2003 – 2017 Wishes was the nightly show. Happily Ever after replaced Wishes in 2017. Talk about pressure! 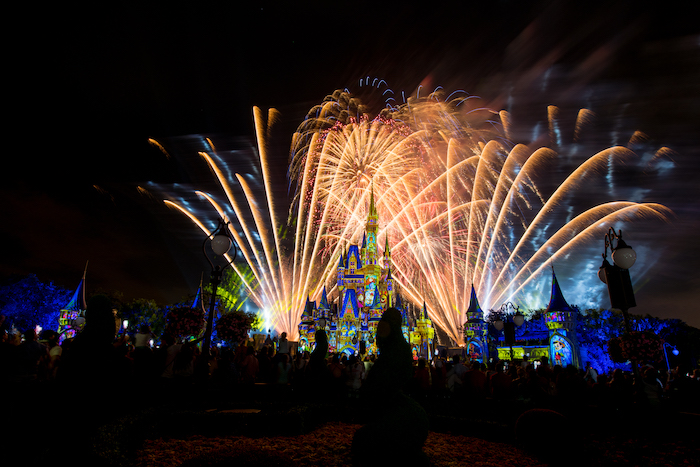 Happily Ever After is a twenty-minute show that utilizes fireworks, the latest projection technology, and music to turn Cinderella’s Castle into favorite scenes from Disney films!

While Uncle Walt no longer needs to use fireworks to keep people in the parks late at night, fireworks have become an end of day tradition ever since Fantasy in the Sky at Disneyland Park.

Cinderella’s Castle serves as the backdrop for the fireworks and a screen for our favorite moments in Disney films. Characters from Disney movies appear on the castle as the castle changes to fit the character.

Dad loves the Simple, Fun, Magic of Walt Disney World. I’m not sure this is Simple, but it’s definitely fun, and always Magic. 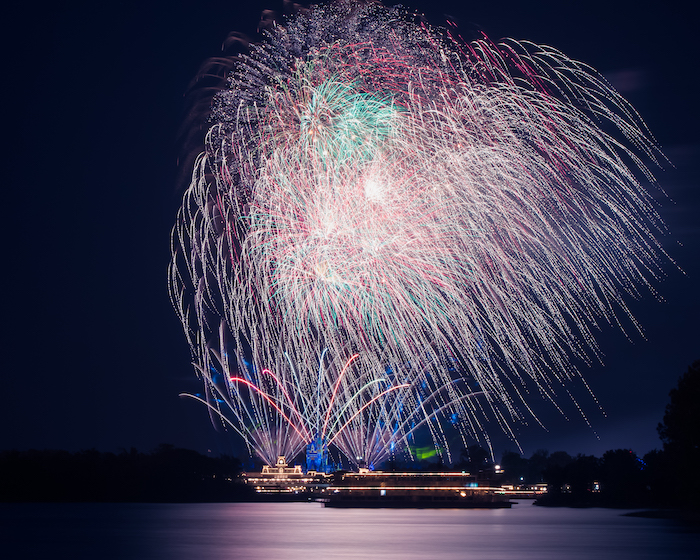 Brilliant fireworks can be seen from across the Seven Seas Lagoon. Photo by Laurie Sapp

With previous shows, you could view them from many locations. Because of the projection effects, the show is best viewed from the hub in front of the castle.

While any location that allows you to see the front of Cinderella’s Castle will work, being closer is better for Happily Ever After.

Crowds can be massive for Happily Ever After! Especially if you are there on a holiday or busy time! Some people find a viewing location about an hour before the show to snag the perfect spot — others show up ten minutes before the show.

If you want a prime location, you will want to show up early.

If you show up late and can’t get the perfect spot, don’t be like Marlin, Mr. Grumpy Gills, from Disney*Pixar’s Finding Nemo. Instead, be like Dory and, “just keep swimming, just keep swimming,” on to the next spot. 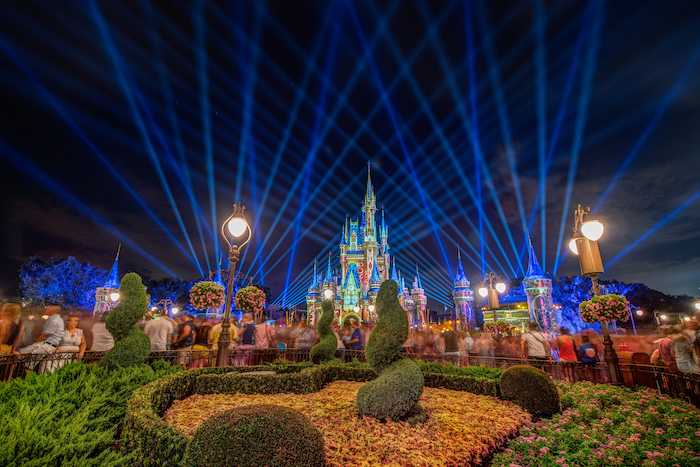 During the show, the castle gets several looks, including this epic red and gold one. Photo by Cliff Wang 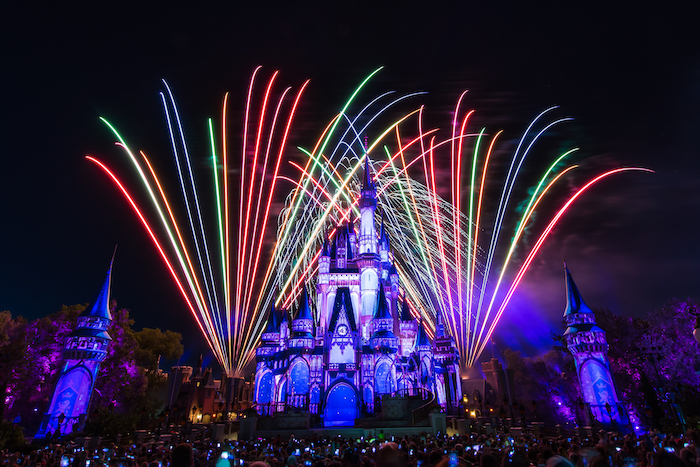 Cinderella’s Castle glows as fireworks light up behind it. Photo by Laurie Sapp

Want a prime viewing location without the wait and stress? Walt Disney World offers three different dessert parties to enhance the magic for an added price.

Dessert parties are not cheap, but with many prime-viewing locations requiring a long wait, you might find it worth the money.

The following Disney movies are featured in Happily Ever After (And maybe more): 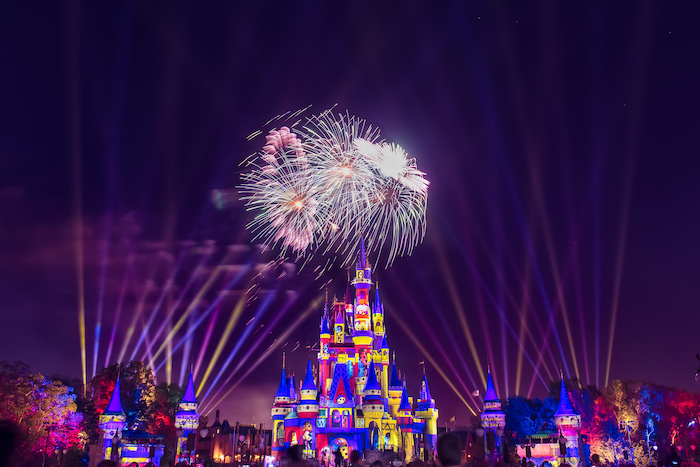 This overlay is used during the Toy Story section of the show. Photo by Laurie Sapp

It’s hard to follow a legend like Wishes. To be honest, I wasn’t sure if I would like it. The first time I saw Happily Ever After, I loved it. The second time, I loved it even more! Happily Ever After is a wonderful nighttime show and is a great way to end your night at The Magic Kingdom.