How to Rider Switch at Walt Disney World

What is Rider Switch at Walt Disney World? 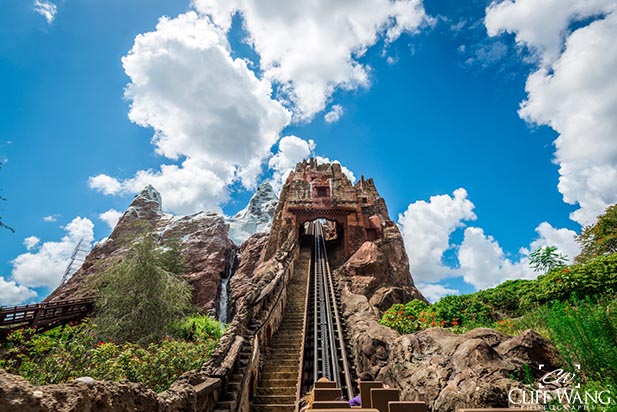 If you have a family that has a child that either is too short to ride, reluctant to ride, doesn’t want to ride, but you still want to experience the attraction and you don’t want to stand in line twice. (Makes sense.) There are several rides at each park that have a “Rider Switch” option.

Now, the important thing here is that second group can only include two people. So if you’ve got a group of 10 or 12 people, you can’t have 5 go at the first time, 5 go at the second time. Only two people can go with the second round of Rider Switch. Take your group, get your Rider Switch pass. Everybody goes except for one or two and the child that doesn’t want to ride.

When the first group is finished, they hand the ticket to the second group who then goes to the FastPass+ entrance, presents the ticket and rides. 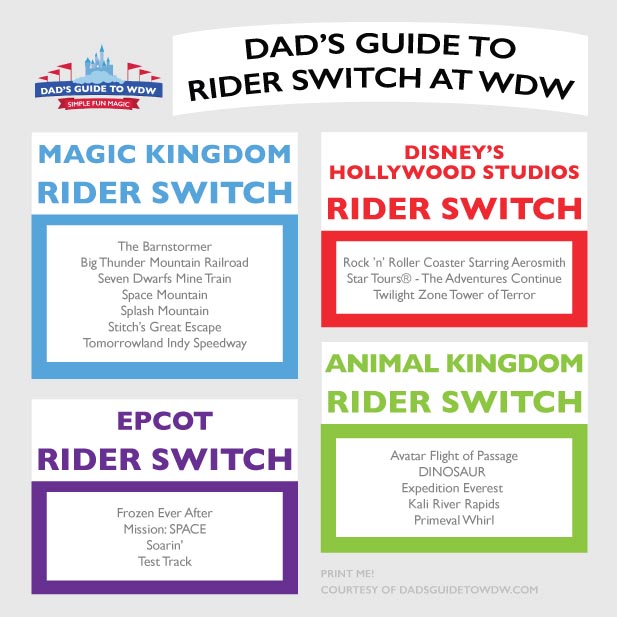 Here are the attractions where you can experience Rider Switch at Walt Disney World.

At the Magic Kingdom

If you have children that are too short or reluctant to experience attractions, you might want to consider using the Rider Switch/Swap/Baby Swap option. It is a big time saver.