Illuminations: Reflections of Earth is the blockbuster nighttime firework, laser, pyrotechnic, music, light and visual extravaganza that ends the day at EPCOT. The 12 minute show is presented in and around the World Showcase Lagoon. Each country in the World Showcase is highlighted during the production.

Uncle Walt was big on a closing kiss goodnight. This is one of the best. The fireworks are incredible and go on and on. You won’t want to miss this. 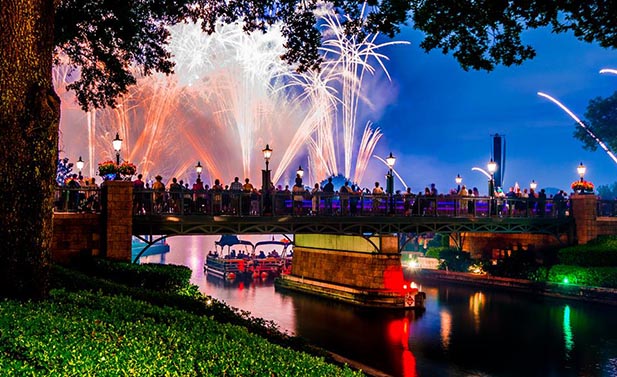 You can see Illuminations: Reflections of Earth from about anywhere around the World Showcase Lagoon. Obviously, you want to be as close to the water as possible, and not have a tree, or a building between you and the lagoon.

The best places to watch the show are now reserved for special guests, parties and handicapped. If you can get in, there is an area on the Future World side of the lagoon to the right of the shops on the lagoon. Also, if you can get into the dock areas in Italy and Morocco you can get a pretty good view.

The bridge between the United Kingdom and France has a pretty good view of the whole lagoon.

The main thing is to stake your spot early. It’s not unusual to see guests starting to line up as early as 8:00 for the 9:00 show. Try to find a place where you have an unimpeded view of the whole lagoon and as many of the countries as possible.

As the lights dim, the torches around the lagoon light up and the narrator starts talking and the show begins. 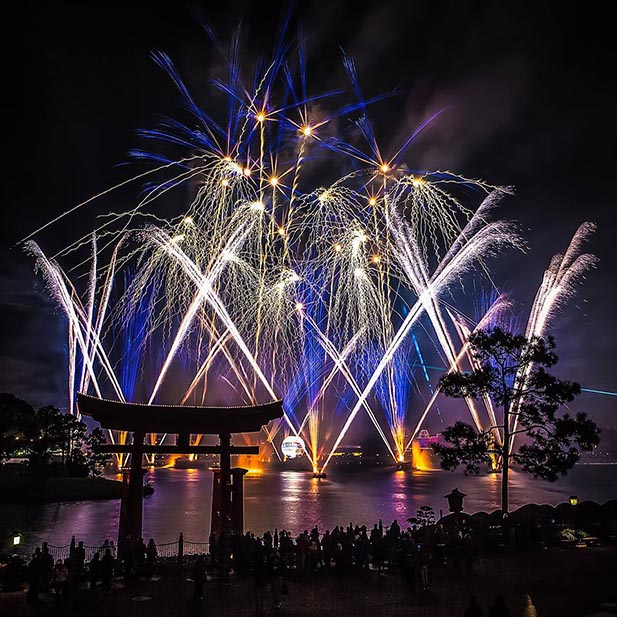 This is probably one of the most technologically difficult shows anywhere. It combines fireworks, lasers, moving lights, torches, the big globe, the inferno barge and 4 water fountain barges. Each effect if precisely timed to coincide with the music and narration.

Illuminations: Reflections of Earth is like a 3 act play. It has 3 sections or “acts”. The story builds through the three acts.

That’s it. The show ends. The narrator thanks you for joining in the celebration of life and everyone goes home. 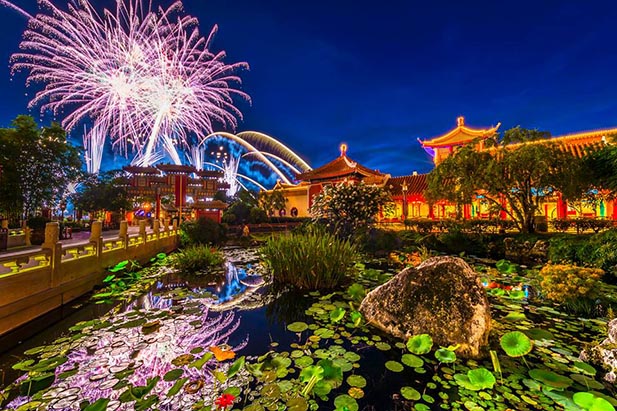 What If I’m Eating Dinner?

Hey Dad, what if I’m eating dinner during Illuminations: Reflections of Earth, can I still watch the show?

Nope, you’re smooth out of luck. (Just kidding.) Most of the World Showcase restaurants will allow you go run outside during the show and not give your seat to someone else, but, you have to let your server know your going to watch the show.

Special lights add to the show 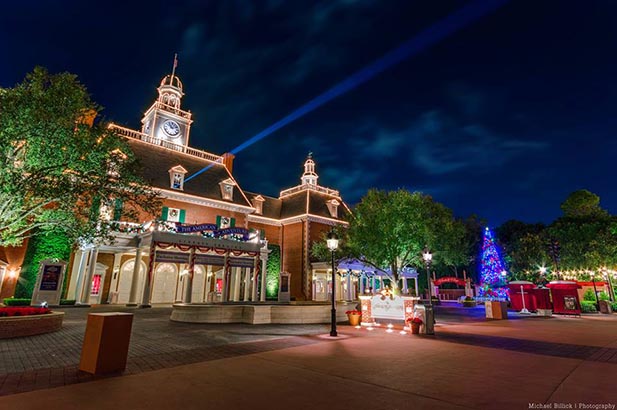 Way back when Disneyland was in it’s infancy, guests would ride the rides and then leave the park in the middle of the afternoon. By evening, the park would be empty. Walt Disney (the man, not the company) wanted to find a way to keep guests in the park later in the evening. So he started an evening firework show. It was an instant hit and very successful at keeping guests in the park until closing time.

EPCOT has gone through a series of closing shows. Some of the first shows were so unmemorable no one really remembers them. In 1998, the first Illuminations was introduced. It included some new effects including graphics projected on streams of water.

Through the years the show has gone through 4 major updates to reach where it is today. This version of the show was debuted in October of 1999. In 2009 Gold Ticket Awards pronounced it the Best Outdoor Night Production Show.

Even from Future World it looks good 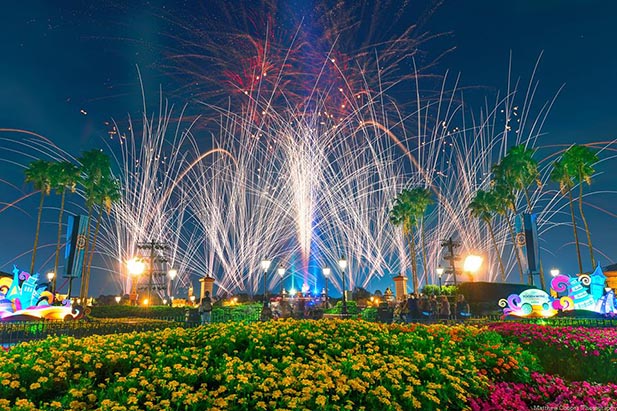 Like EPCOT itself, this show is pretty disjointed and hard to follow, but the effects are spectacular.

Illuminations Reflections of Earth will help you end your day at EPCOT with a bang.