Dad, what’s the best thing about the monorail?

The best thing about the monorail is that it’s free. It’s part of Disney’s complimentary transportation system. When Disney first put the monorail in Disneyland it was part of the show and was an E-ticket ride. 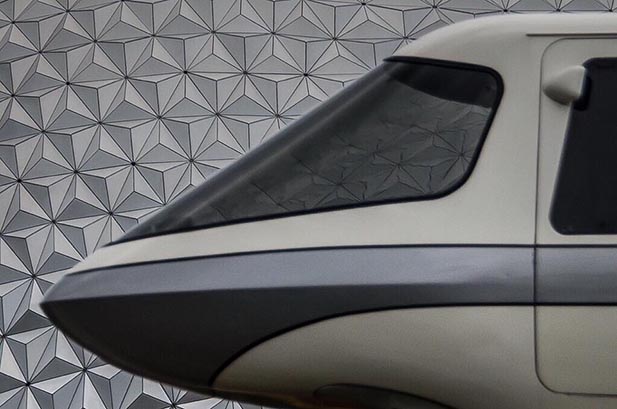 Disney World’s Mark VI monorail system is a train mounted in the air. The trains are powered by electric engines the have 8 600 volt DC motors rated at 112 HP each. Trains are capable of reaching 70+ MPH but are restricted, for safety reasons to 45 MPH. Each train consists of 6 cars. Each car can hold about 30 people comfortably, but is rated for a maximum of 60 (ouch).

Each of the 12 Disney monorails has a different color. There have even web sites dedicated to a specific color train.

See some of the Urban Legends about the monorail 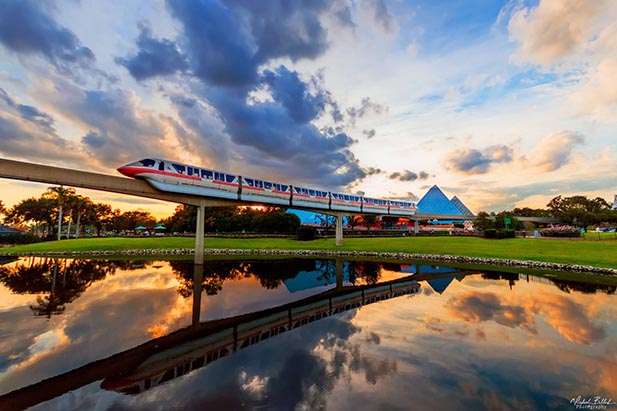 There are 2 monorail tracks that run from the Transportation and Ticket Center (TTC) to the Magic Kingdom, the Resort track and the Express track. They go the same places but in opposite directions. 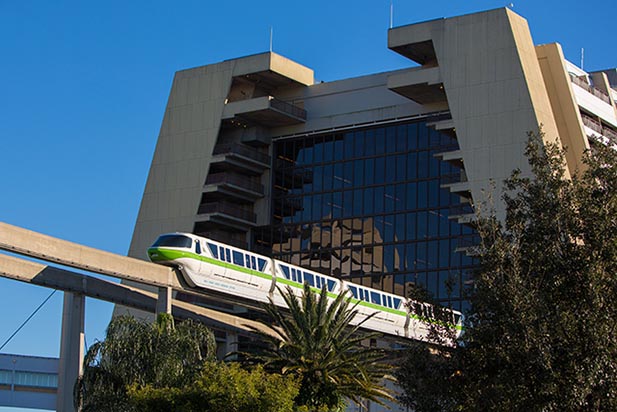 With stops it takes about 30 minutes to complete the loop.

Celebrating with the Flowers 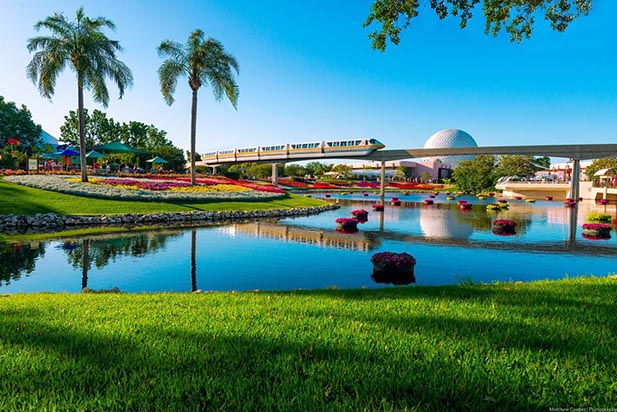 The EPCOT Loop of the monorail runs from the Transportation and Ticket Center to EPCOT. You can see the track and even a monorail when you are driving to the Magic Kingdom parking lot, or as you park in EPCOT, the track goes overhead right to the entrance.

You can get a view of all of the future world pavilions as you arrive at EPCOT on the Disney monorail.

Rumors have been rampant for years about expanding the monorail. In fact, Disney has been making plans to tie into the high speed-rail system proposed between the airport and Tampa. (Dad’s story about Disney World monorail expansion.) Unfortunately, the high-speed rail project has been shelved.

When Walt installed the monorail at Disneyland he was way ahead of his time. The system is a wonderful addition to the transportation infrastructure that helps Disney World make magic and memories for your vacation.

The Disney World monorail is not to be missed.