Toy Story Mania is one of the busiest rides in Disney Hollywood Studios. Toy Story Mania! opened in 2008 (it was called Toy Story Midway Mania! back then) to huge crowds, long lines and just a couple of nay sayers. In the end, the crowds won out.

You’ll want to ride this one early and often. It’s a blast. It’s a lot like Buzz Lightyear’s Space Ranger Spin in the Magic Kingdom, but with 3D video screens instead of traditional dark ride scenery. 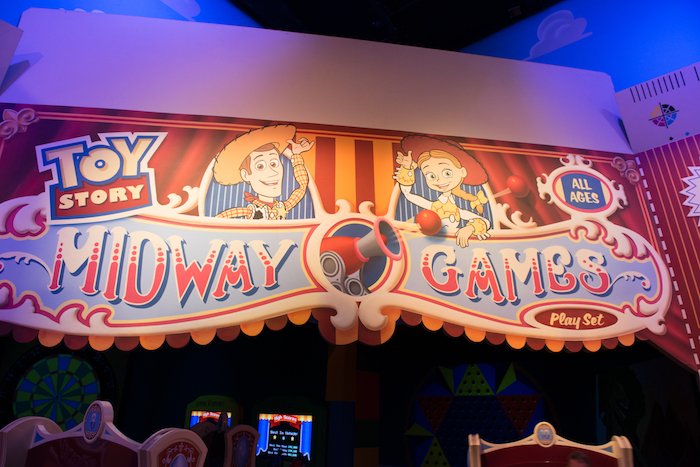 Disney has great preshows. Toy Story Mania! has one of the most unique. Head to Toy Story Land in Disney’s Hollywood Studios and look for the queue – all inspired by carnival games! The lines snake through a maze of oversize kids toys.

An 8 foot tall Mr. Potato Head (an audio-animatronics figure) interacts with guests in the line. Don Rickles (the voice of Mr. Potato Head from the movie) sings, tells jokes and talks to people in the audience.

There are all of the games we grew up with in the line. You’ll see barrells of monkeys, Scrabble, playing cards, Tinkertoys, and even those square blocks with letters and numbers on them.

Finally, you’ll get to your boarding zone. Don’t forget to grab those 3D glasses!

Like Buzz Lightyear’s Space Ranger Spin, you enter a vehicle that has canons that can be fired at targets and points are displayed on the screen in the middle of the car. Unlike Buzz, each vehicle holds four players – two riders face one way and two riders face the other. The vehicle is pre-programmed and not manually steered (like Buzz).

The attraction is based on a midway carnival. The games are carnival type games like ring toss and baseball throw. First there’s a practice exercise. Points are scored by hitting a target. In the practice exercise you throw pies at at target (you shoot the canon by pulling the string). No points are awarded in the practice round, but it does help you figure out how the canon works.

There are 5 games you play after the pie toss. Each game is a little different and is hosted by characters from the movie.

Characters like Woody, Hamm, Buzz Lightyear, and Rex appear at the appropriate times. Scores are kept on the center console. At the end of the game you get to see how you’ve faired against the best scores of the day. (Parents don’t be too concerned, these kids today are born with a joy stick in their hands.) Celebrate your winner by tossing virtual confetti. 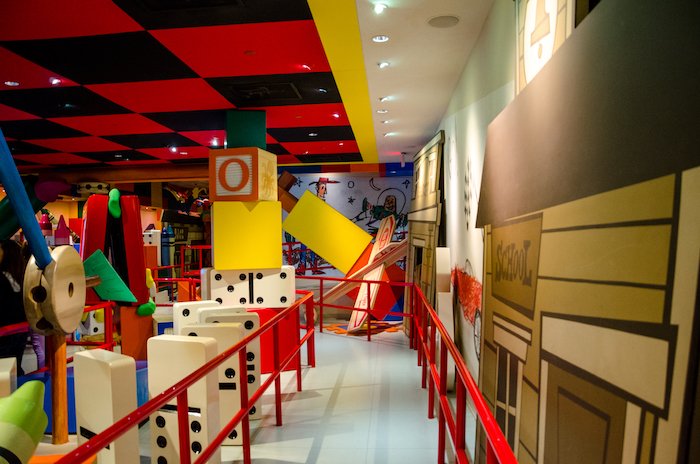 How cool is this queue? Photo by Cliff Wang

There’s not really a post-show, just drop off your 3D glasses and head out to explore the rest of Toy Story Land!

Toy Story Mania! draws crowds from the second the park opens. Lines reach up to 3 hours long on busy days and over an hour on slow days. The crowds are a little better now that they added a third track to the attraction, allowing 50% more guests to ride per hour. 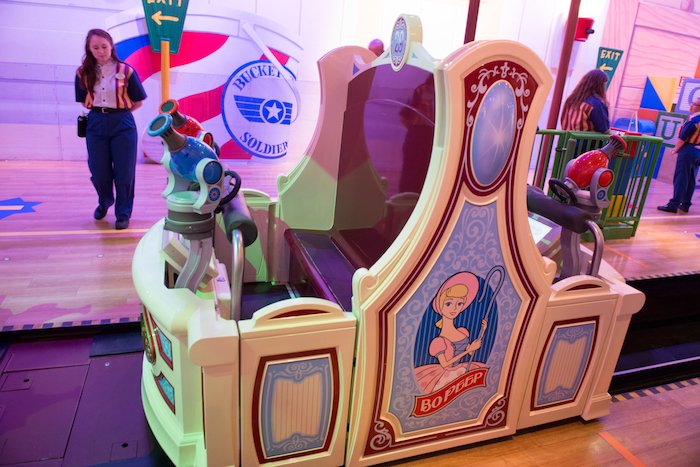 All aboard! Photo by Cliff Wang

Here is a great video that shows how the ride works.

This ride opened in May of 2008. The Disneyland version opened a month later in June of 2008. In July 2012, a clone of the ride opened at Tokyo Disney Sea, where it’s one of the biggest draws i the park. 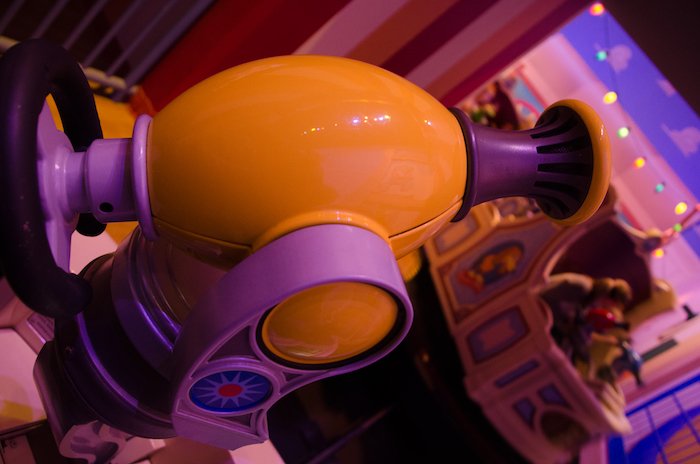 Who wants to ride Toy Story Mania!? Are they tall enough? Lucky for you, this attraction is open to any height!

This is a GREAT ride. It’s one of Dads favorites in all of WDW!