Someone asked what happens to the parade when it rains at the Magic Kingdom? Pretty good question. Disney has an option when it rains it’s called the Rainy Day Character Cavalcade.

It does rain a lot in Florida. A lot. Summertime is the prime time for rain in Orlando and it’s a shame when a shower knocks out the afternoon parade. That’s why Disney has created a substitute. 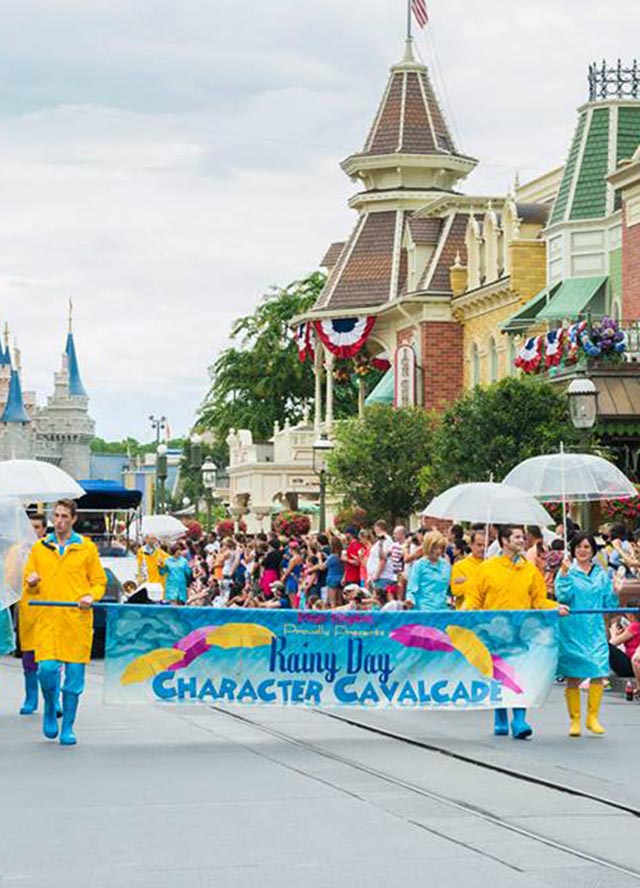 When does it happen

Some days it rains to much for it to be safe for the dancers and floats to be out on the streets of the Magic Kingdom? When that happens the characters jump in cars and double decker buses, the dancers put on galoshes and grab umbrellas and the parade goes on.

The Rainy Day substitute will be used for both the Move It Shake It parade and the Festival of Fantasy parade. If the floats can’t get out, then out comes the Rainy Day Character Cavalcade.

Even in the rain

Check out this video of the parade in the rain.

Disney does lots of cute things. This is one of the smartest and cutest. Instead of canceling the parades when it rains, you get to see something special.