Meat and drink. That’s the specialty of the house. A big hunk of meet and cold sweet drink. Grab a hunk and a tankard and pull up a seat by the fireplace and check out the trophies. Hey, you might even want to grab a gun. You never know when a Beast might show up. (Just kidding. No guns allowed.) 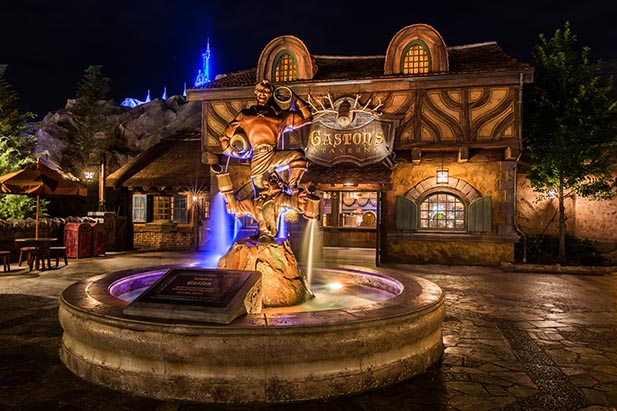 This is not a fine dining establishment. It’s all about meat and sweets. Big hunks of meat cooked over a hot fire and cinnamon rolls are the stars of the show along with a sweet drink that will knock your socks off.

The Tavern is located in the Enchanted Forest part of the New Fantasyland. It’s directly behind Cinderella Castle in the Magic Kingdom. Look for the Beast’s Castle (you can’t miss it), pass Be Our Guest and then look for the statue. The restaurant is right behind.

The menu is pretty basic. There isn’t much to it. 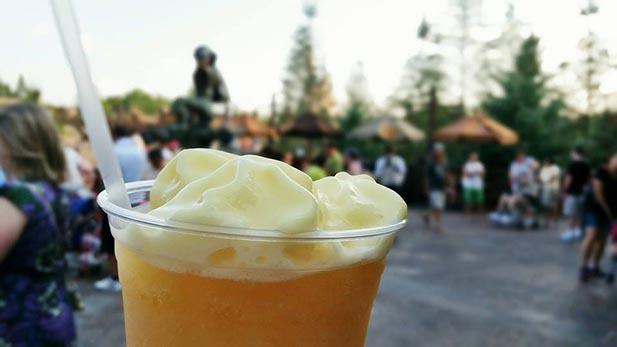 One of the “highlights” of Gaston’s Tavern is Le Fou’s Brew. Le Fou is the little guy that Gaston is always picking on. In fact, if you look at the statue, Gaston is standing on Le Fou.

Le Fou’s brew is an ice cold drink (it has ice cream in it) that is made with apple juice and toasted marshmallows. It’s really sweet and pretty refreshing. 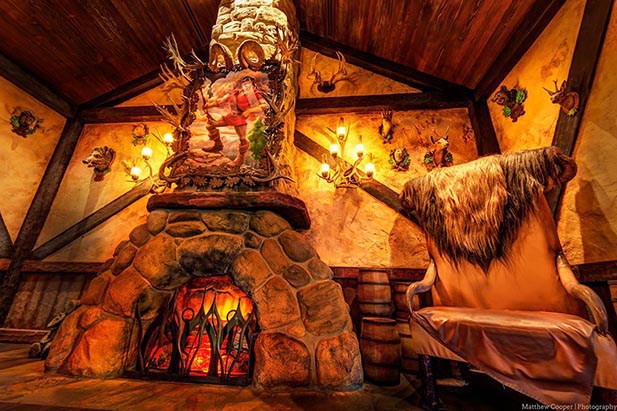 Dad and Mrs. Mom got to take an early peak at this place while on The Palooza. Maybe a bit too early. I don’t think all the decorations were up yet because the room we were in was pretty barren and it was a bit dark.

Let’s just say, I’m not a big fan of a big hunk of roasted pork. The first couple of bites were pretty good, but it just went on and on. (I’m not a fan of Turkey Legs either and this was a lot like a turkey leg.) The shank was hot and juicy and kinda tasty, but like Gaston, it was a bit over the top.

I’d probably say the same for Le Fou’s Brew. Mrs. Mom really liked it. It was cold and refreshing, but very, very sweet. Sweeter than I was expecting.

Will we go back to Gaston’s Tavern? Maybe. We haven’t tried a cinnamon roll yet and Dad loves cinnamon rolls.

No one fights like Gaston, no one bites like Gaston … and certainly no one eats like Gaston. This is not a meal to make a habit. It’s not very good for you, but it’s tasty and you might want to give it a try.