Disney World and the Military

Disney World and the Military. Uncle Walt tried to join the Army and was rejected. Why? Because he was too young. He never did actually become a soldier, but Uncle Walt did all he could to help the military. During World War 2 he devoted almost all of his studio to producing training videos for the military.

You can see Uncle Walt’s love for his country and it’s fighting men in the Magic Kingdom and in EPCOT. Liberty Square is devoted to the history of the country. There’s a daily flag retreat on Main Street. EPCOT’s American Pavilion has a brilliant show on America’s founding. It only makes sense that the patriotic spirit would extend to honor those in service of our country. 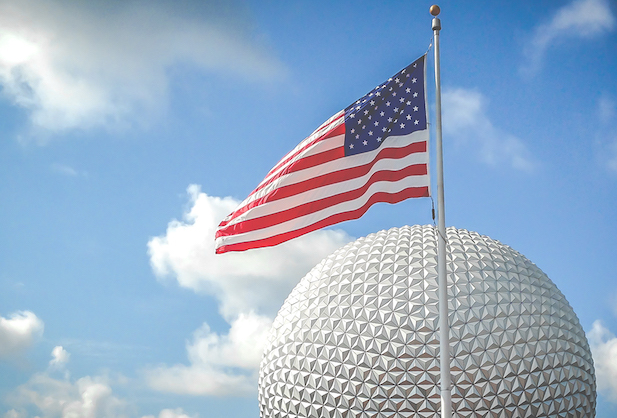 The patriotic spirit is alive and well at WDW – Photo by Judd Helms.

In the 80’s, Disney had a resort between the Magnolia and Palm golf courses called the Disney Inn. It was struggling to draw guests even though it had the largest rooms of all the Disney World Resorts. Part of the reason at the time was that it was a deluxe resort that only had bus transportation to the parks.

Around that time the military was looking for a resort that would cater to military families. In 1994, Disney World and the Military signed a 100 year lease for the resort and the land it sits on. A couple of years later the DoD purchased the property and changed the resort name to Shades of Green. Since the military took over the property, it has been almost 100% occupied. 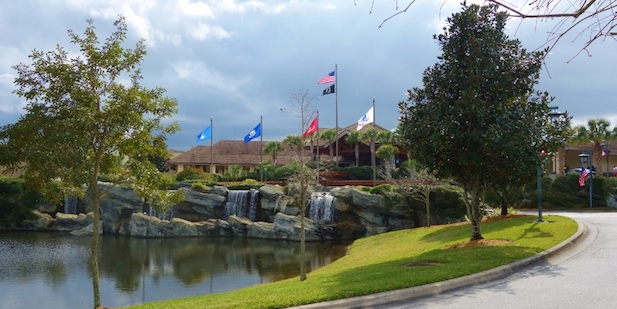 Disney has a nice partnership with the military that allows eligible members of the armed forces to receive discounts for both rooms and tickets.

During the year military families can buy discounted tickets to Disney World through the base MWR office, at the Shades of Green Resort or at the any of the main entrances at the parks. The discount comes mainly from the fact you don’t have to pay state taxes.

If you can’t get a reservation at Shades of Green, check out the other Disney Resorts. Disney has a limited number of rooms available to military personnel at up to a 40% discount off the standard rate.

If you are a present or former member of the military, Dad truly thanks you for your service. If there is anything I can do to help enhance your Disney World experience, please allow me to serve you.