Planes, Trains and Automobiles. Disney World Transportation is even better. It’s monorails, yachts, and luxury escorted motorcoaches. At Disney World you can see just about any form of transportation ever built. From old time paddlewheelers all the way to the latest state-of-the-art in monorail technology. And boats, wow does Disney have boats. 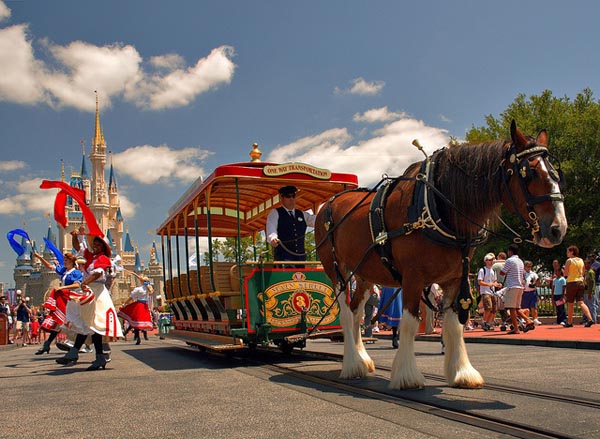 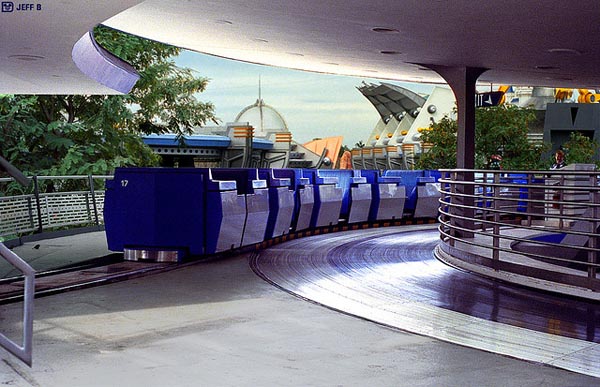 Disney has about a bazillion ways to get you from point A to point B. Here are the ways to get around the Walt Disney World Resort.

All talks of Disney World Transportation has to start with the best ride at Disney World. The monorail. Uncle Walt designed the monorail for Disneyland over 70 years ago and it’s still almost everyone’s favorite mode of transportation. Over 10 million people every year ride the monorail to the Magic Kingdom or EPCOT.

There are two distinct monorails at Disney World. One that serves the Magic Kingdom and one that serves EPCOT. Each transports thousands of guests each hour. 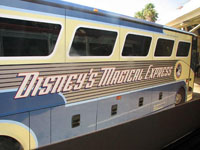 The most used way of getting around Disney World is by Luxury Escorted Motor Coach better know as a bus. Disney has hundreds of them. They dart all around Disney World. In fact they will pick you up at the airport and take you back to the airport. From the time you arrive in Orlando until the time you leave Orlando, Disney is willing to keep you in their evil clutches.

Disney has one of the world’s largest navies. That’s right you can go just about everywhere at Disney World by boat. Whether it’s a ferry on Seven Seas Lagoon, or a Friendship boat at to EPCOT, Disney transports thousands of passengers every day via boat. You can get from the hotels to the parks. You can get from the parking lots to the park. You can even grab a little boat (Sea Raycer) and go anywhere you want.

You can catch a boat at all the hotels (including Fort Wilderness Campground) around the Magic Kingdom and EPCOT, There is a boat that goes from Port Orleans, Old Key West and Saratoga Springs to Disney Springs. There are boats everywhere (almost).

Some of the most fun you’ll ever have is riding some of the unique Disney World Transportation found in the parks. 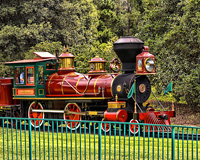 Uncle Walt loved trains. Especially steam trains. Even in a couple of the rides at Disney World you’ll see some sort of train. Big Thunder Mountain Railroad is a train. Expedition Everest is based on a train. Disney has trains in the “Kingdoms”.

In Animal Kingdom, there is the train to Conservation Station is the only way to get back to the working part of Animal Kingdom. This unique form of Disney World Transportation takes guests to where the animals are actually cared for.

DISNEY’S NAVY IN THE PARK

One if by land, two if by sea. TWO!!!!! Walt Disney World Transportation has lots of boats inside the parks. These boats are more controlled than some of the neighbors outside the parks, but they are still a great way to get around.

There’s even a really big boat that goes around in circles all day long.

Disney has always been on the cutting edge. Uncle Walt was a genius and applied that even to transportation. It was over 50 years ago that is just now being looked at as transportation of the future. That’s the linear synchronous motor that powers the Tomorrowland Transit Authority ride.

Disney World Transportation will be quite happy to haul you around everywhere you need to go. They even to it in an incredibly efficient manner. BUT, if you are like Dad you always want to drive yourself. (See some of Dad’s Random experiences with driving around Disney World.)

You can get these cars by one of two ways. The first is to drive them there yourself. Driving can be a very relaxing and memory making way to travel.

You can also rent a car while in Orlando. When Dad flies (yes, cape and all) he always does. It’s important to Dad not to be without a car.

Disney World transportation takes on lots of forms and can be a whole lot of fun. It’s even fun to ride the buses from time to time.