Beating Disney Crowds, now that’s a good idea. Crowds at Walt Disney World sure can steal the Magic from a great vacation. Let’s look at some Simple ways to beat the crowds and have some FUN! 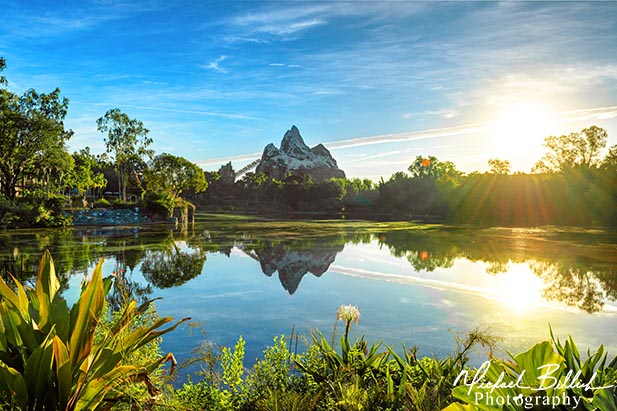 This is going to be Fun. No, not the crowds at WDW, but beating them. There’s really nothing Magic here. Just Simple common sense. But sometimes it seem like Magic when it works.

Come on, let’s get started.

The Simplest way to beat the crowds at WDW is to totally avoid them. That keeps getting harder every year, but there are still some good times of the year to visit Disney World that don’t have huge crowds.

Dad has some help for you in avoiding WDW crowds. Each year Dad puts out his pretty Fun (dare I say Magical) WDW Crowd Calendars. They will help you pick the best time for beating Disney Crowds.

The next thing to look at is the daily crowd patterns. This is crucial for beating the crowds at WDW and it’s really pretty Simple and it’s truly Magical.

Take a look at this chart. This is Dad’s observation of the crowd patterns at the parks during the day.

This is just a representation. But for the most part it’s pretty accurate. It does vary a little from park to park. Of course there are things that can influence the patterns like weather, park hours, etc., but overall this is a good look at what happens during the days.

The best time for beating Disney crowds is first thing in the morning. By far! You can typically get more done in the first three hours than in the rest of the day combined.

The reason is Simple, people don’t want to get up early on vacation. We can use that to our advantage. Plan to get to the parks early.

As you can see above, first thing in the morning is the slowest time of the day. It’s also one of the most Magical. All the parks make a big deal of welcoming the first guests of the day. And it’s really Fun to walk on that first ride without standing in line.

Come on. Get up. Get to the parks before they open. You’ll thank me.

Late is not as good as early, but the later the park is open the smaller the crowds.

Again, this is one of those common sense things. The later in the day, the more that families go back to the hotels to put the kiddos to bed. Duh.

There is just something Magical about Disney Parks after dark.

In just one hour in the morning you do more attractions than you can in 3 hours in the afternoon. Easily.

A few months ago, I did a test at EPCOT. I was able to ride Test Track, Mission Space and Soarin’ in one hour during morning Extra Magic Hours. I tried again at 10 am. It took me an hour to ride Test Track (with a FastPass) and Mission Space (Green line). The line for Soarin’ was over an hour long. This was on a light to moderate crowd day.

Evening Extra Magic Hours may even be better than morning, because typically there are 2 hours in the evening where there is only 1 in the morning.

This is ESSENTIAL! A Walt Disney World vacation is not like any other vacation. It’s more like a launch of a space ship than a relaxing day at the beach.

If you have any chance of beating Disney crowds, you absolutely, positively, MUST have a plan. I’m not kidding. It is is the most important thing you can do to deal with crowds at Walt Disney World.

I talk about planning a lot, so I’m not going to go into all of that here, but let’s just say, you can save HOURS of time by know what you are going to do next and when you should do things. HOURS!!!!

PS. I highly recommend TouringPlans.com as a resource to help you as you put together your PLAN!

A few years ago, I put together my top 10 ways to beat Disney World Crowds. It’s still a really good list and I do keep it updated. It does cover a couple of the same things we’ve talked about here, but it also goes into some great tips like –

And a lot more.

A Disney World Vacation is a big undertaking. I highly recommend you get some help with the planning and the reservations. My favorite resource for planning and reservations is Destinations to Travel. They are the travel agent partner I not only recommend, but use myself.

They can help you with your reservations, making dining reservations and getting your PLAN together. Trust me! Give them a try!

Beating Disney crowds isn’t rocket science. It’s really Simple, it can be a whole lot of Fun and it will help to keep the Magic in your vacation. These basic steps will help you beat a really good portion of the crowds. They work.