Casey Jr. has come to town and brought the circus with him. But that’s not all he brought. He’s also brought some very cool entertainment. Wet and Wild.

In the story of Dumbo (which Storybook Circus is modeled after), the train plays a big role. That’s true here to. Casey is right in the middle of everything and boy does he stir up some action.

If you remember the movie Dumbo, when the circus comes to town it comes on a train. That train is named Casey Junior.

Casey pulls the train right into the middle of the circus. There are elephants and giraffes on the train and they very playfully spew water all around. Casey even gets into the act every once in a while.

Get a bit wet 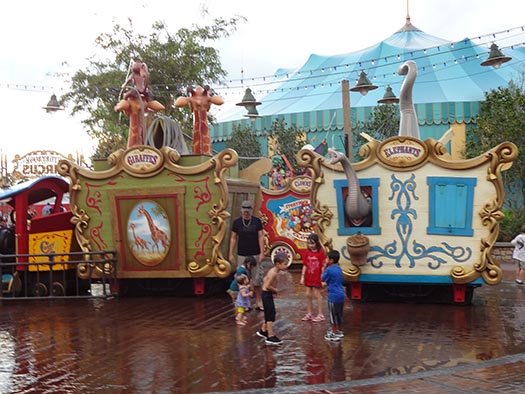 This area opened as part of the New Fantasyland in March 2012. It took the place of Donald’s Boat from the old Mickey’s Toontown Fair. 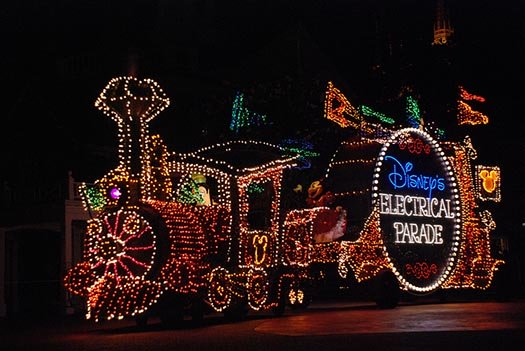 Here are some fun facts about the little train – 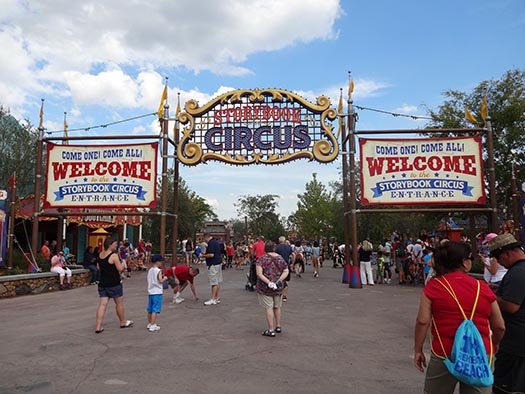 Storybook Circus is part of the New Fantasyland. It’s where, in addition to this “attraction” you’ll find

If your kids want to get wet, real wet on a hot Florida day (aren’t they all), then this is the place for them. Adults be ware, those animals can spit a long ways.