When will Star Wars: Galaxy’s Edge and the Star Wars hotel open?

Today we have 2 questions about the same thing so I’m combining them here.

“I am planning our first family trip to Walt Disney World in May 2019. I have heard a rumor that the Star Wars Land” (Star Wars: Galaxy’s Edge) “will open May 5th? Do you know if this is true? I am trying to avoid crowds because I will have my 2 small kids and we have room to travel whenever it is best. Any advice? Ty!”

“1. Do we know what month and year Star Wars Land will be finished in Walt Disney World?

2. Do we know what month and year Star Wars hotel will be finished please?” 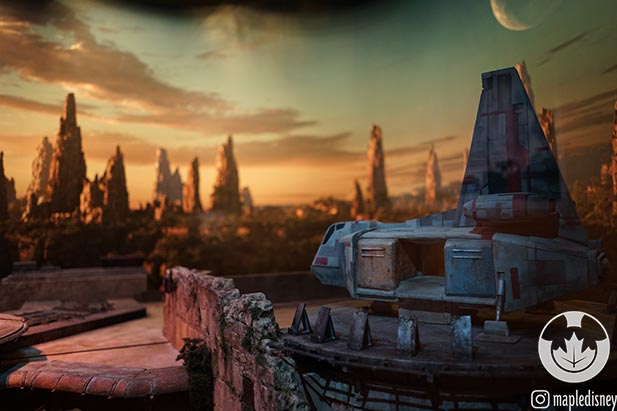 This is going to be so cool – Photo by Rich Ramos

Like many of you, I can’t wait for the new Star Wars: Galaxy’s Edge (the official name of Star Wars Land) and the hotel. My heart will probably jump out of my chest the first time we make the jump to light speed in the Millenium Falcon.

As to when Galaxy’s Edge will open at Disney’s Hollywood Studios, the only “official” date so far is 2019. There’s no mention of May or June or any month. The only hint of a time is that Disneyland will open first.

My guess is that it will be summer at the earliest. I don’t foresee Galaxy’s Edge being open before the end of May, but that’s just my guess.

We don’t even have an opening date for Toy Story Land and that opens this year.

As to the new hotel, it’s farther off than Galaxy’s Edge. They haven’t even laid the foundation for it, so my guess is it will open at least a year after the land.

I will say that while crowds in Disney’s Hollywood Studios will be way up the next couple of years, overall crowds won’t jump up that much if Pandora is any indicator.

When Pandora – the World of Avatar opened, Animal Kingdom was busy every day, but the other parks pretty much stayed at a normal crowd level. Maybe even down a little bit.

For the latest on Star Wars: Galaxy’s Edge, and the new Star Wars Hotel and all the new additions to Walt Disney World, check out the “Countdown to 2021” section of WDW Magazine