We’re here to talk about one of the many Disney cruises.

Not the happiest cruise that ever sailed (it’s a small world), the Disney Cruise Line, one of the Walt Disney World Specialty Cruises, nor the Jungle Cruise… but the Jingle Cruise!

For the holiday season, Adventureland’s Jungle Cruise becomes the Jingle Cruise.  A jolly ol’ skipper, who’s homesick for the holidays, guides you through the African jungle for an exotic Christmas expedition.

Don’t worry, your favorite Jungle Cruise puns are still in the skippers’ script!  You’ll still get to see the backside of water, be warned to stay away from ginger (she snaps), and sail along the Nile River, which is the the longest river in Africa that goes on for niles and niles and niles.  If you don’t believe your skipper, you’re probably in… yeah, you know the rest.

The Jingle Cruise first made its debut at Magic Kingdom in 2013.  It has returned year after year to provide a Christmas twist on a WDW classic. 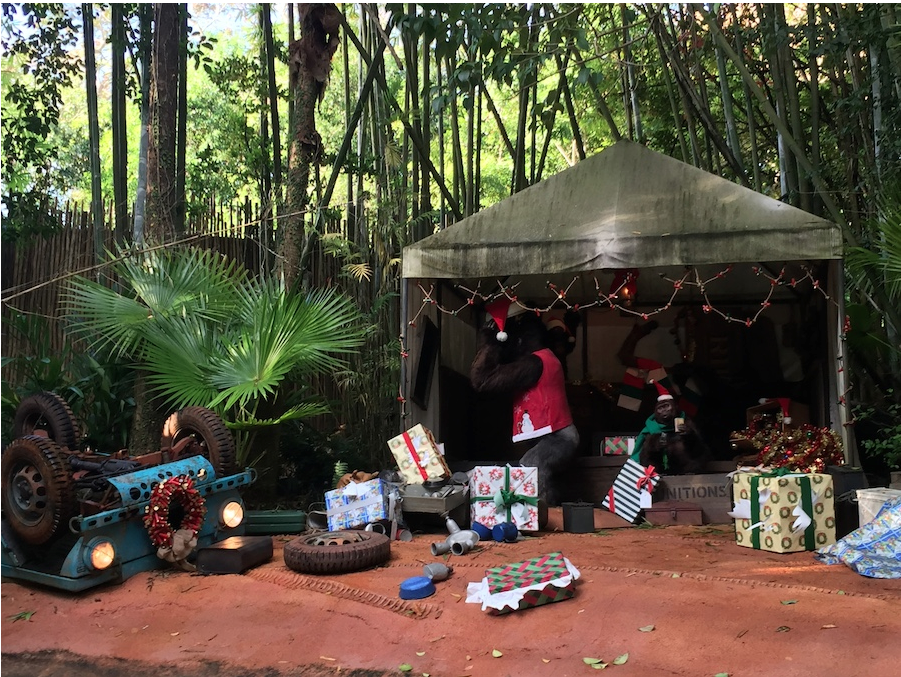 Have you had the chance to set sail on the Jingle Cruise?  It even has a great way to get a head on your holiday shopping with Trader Sam-ta! 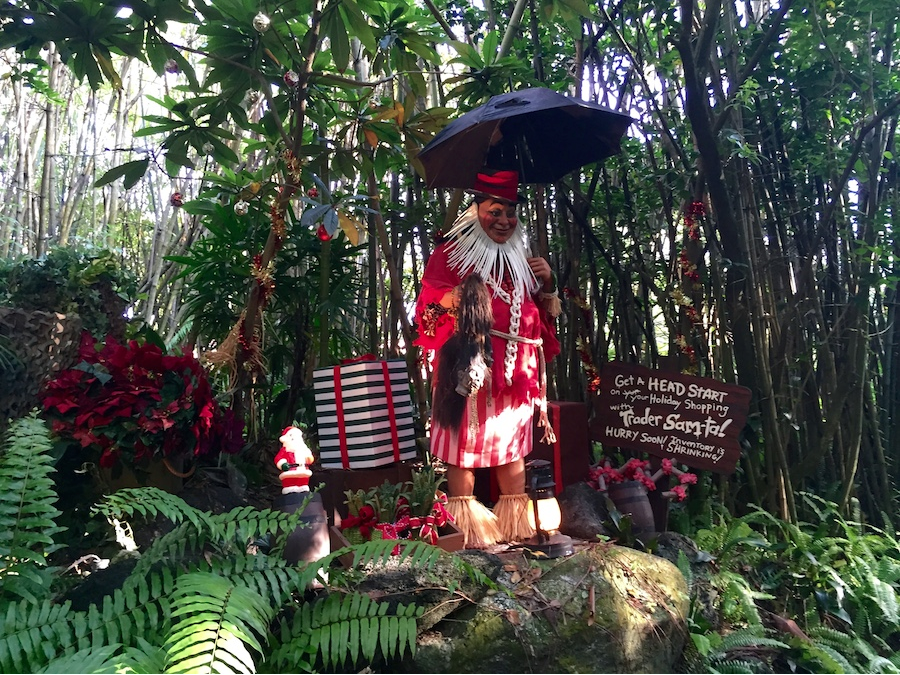