WDW is always changing. Right now there is construction everywhere and that’s a good thing. Let’s take a look at the current Walt Disney World construction and refurbishments list. It’s a doozy. 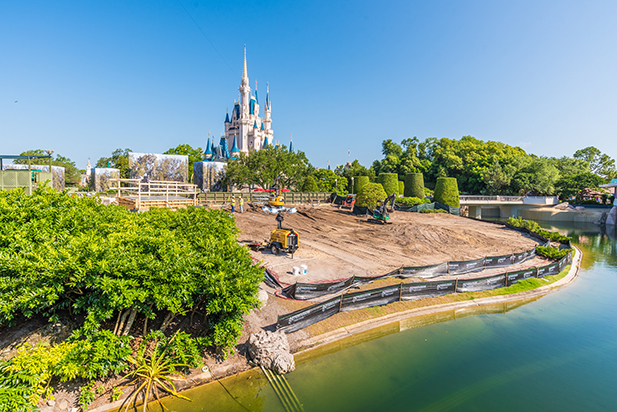 First, let’s look at the current refurbishments going on at WDW. Then we’ll check out all of the construction projects. Let’s go.

From time to time Disney closes attractions to do updates and refurbishments. Here’s the current list of closures.

A bunch of things permanently closed on April 2, 2015… 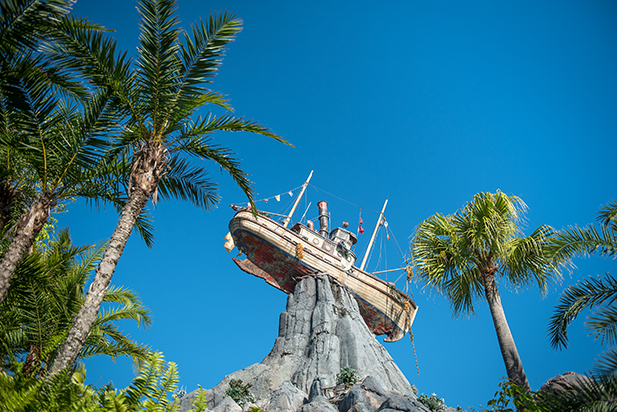 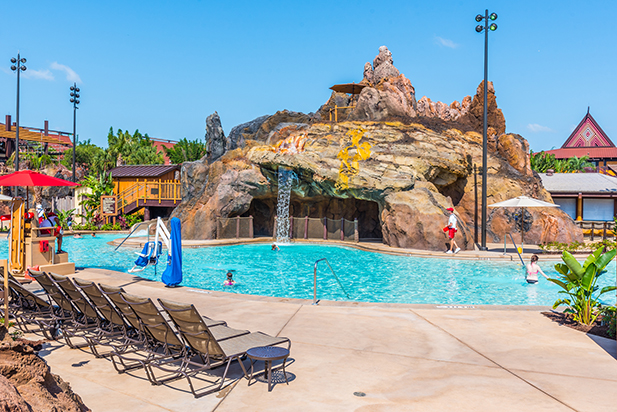 Ongoing, the Resort Monorail may have modified service.

If the monorail is essential to your travels (ex: you are staying at the Polynesian Village Resort, Grand Floridian Resort & Spa, or the Contemporary/Bay Lake Towers) check with the front desk for details.

We are going to try to keep up with all the construction going on at Walt Disney World. There’s a bunch. The most I’ve seen in years. That’s a good thing. 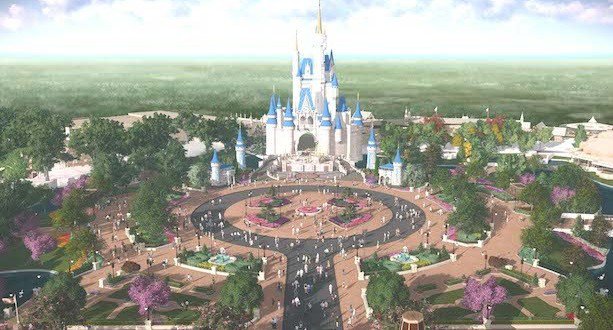 Cinderella Castle Hub Area – The whole hub area around Cinderella Castle has been updated with new “grass” areas for seating, some new statues and even extra turrets are being added to give it a more “castley” look. 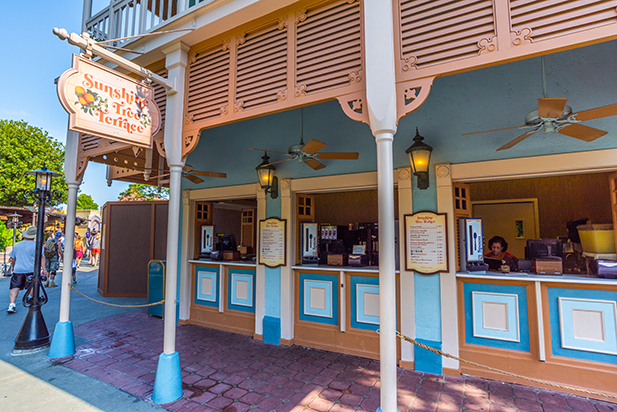 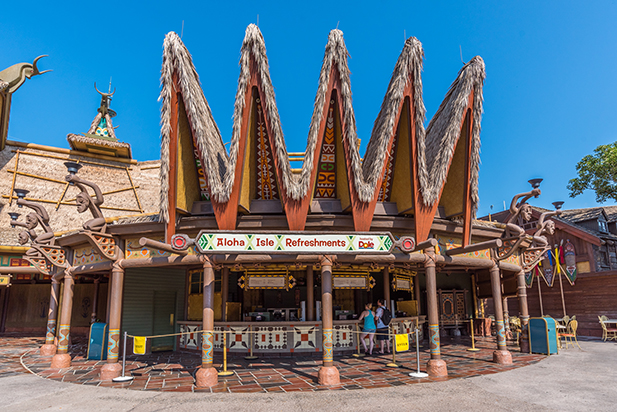 A new restaurant called Skippers Cantine has opened – it’s based on the Jungle Cruise. It’s a Table Service restaurant that does not accept ADRs but does allow for same-day reservations. 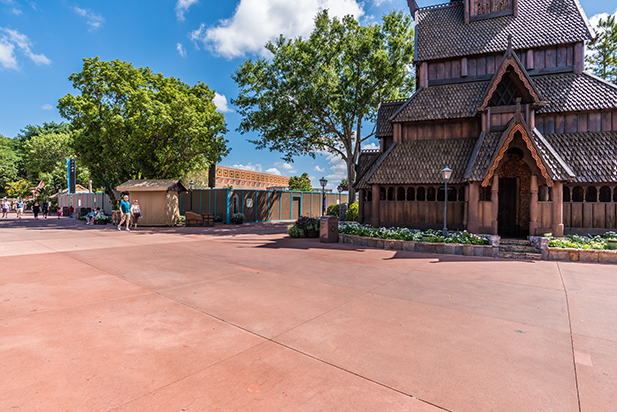 EPCOT is home to some construction too. Norway is transforming into Frozen land and Soarin’ is growing.

Norway – last year it was announced that Maelstrom was closing to make room for a ride based on the movie Frozen. That construction is in full swing and should be complete soon and is set to open June 21, 2016.

There is more than just the transition of Malestrom. A whole new building is being built between Mexico and Norway that will be home to an Elsa and Anna meet and greet, called the Royal Sommerhus.

Soarin’ is getting bigger 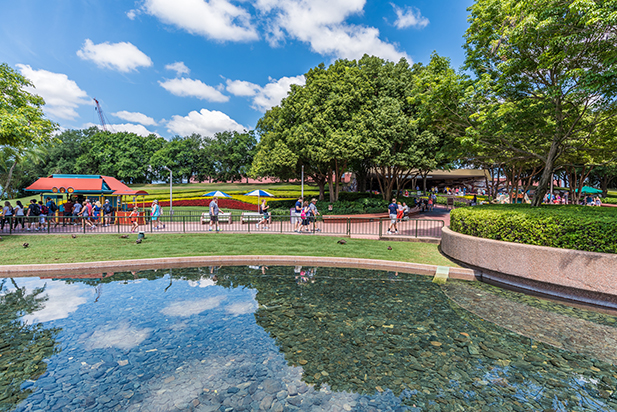 Check out the crane at Soarin’ – Photo by WDW Shutterbug

Soarin’ is expanding. Disney is adding a third ride vehicle to Soarin’. Construction is underway and should re-open on May 27, 2016 with the original movie. But on June 17, they will switch over to the new movie, Soarin’ Around the World

The Hat is Gone 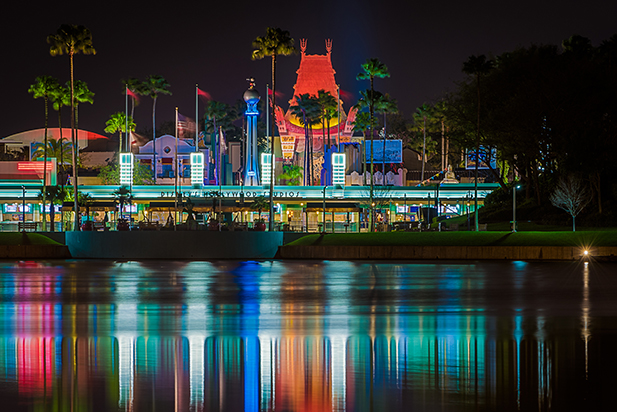 The Sorcerer’s Hat is gone and things are really in flux at Disney’s Hollywood Studios. Lots of attractions are closed, or about to be closed and changes are happening all around. Do you think the park will get a new name?

The Sorcer’s Hat was removed to make the Great Movie Ride theater the main focus of the Studios again as part of the transition. We’ll let you know when more information becomes available.

It’s not CarsLand, but… 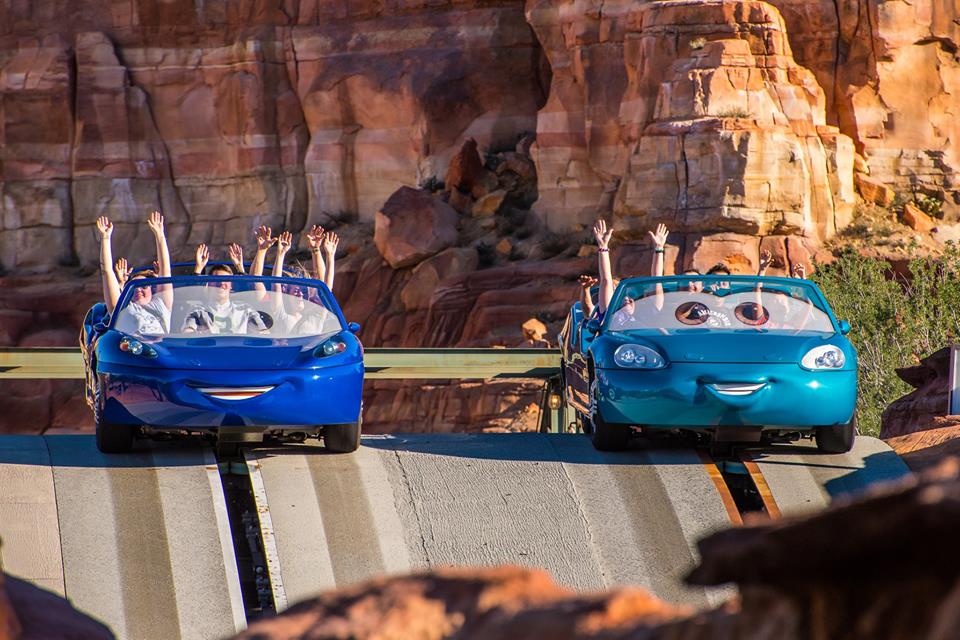 Backlot – the Backlot Tour is closed. This space will be used to house a brand new land – Toy Story Land! It will feature a Slinky Dog family coaster, a green aliens attraction, shopping, dining, and who knows what else. No opening date has been released, but Dad suspects 2018 at the earliest.

Star Wars Land – the area behind Star Tours and Indiana Jones Stunt Spectacular is getting some attention too.That area combined with the former Streets of America is being overhauled into Star Wars Land – including 2 rides, a cantina, a supper club, a marketplac and more. No opening date yet, but since they just broke ground, you should hang tight for a few years.

Construction is everywhere at Animal Kingdom 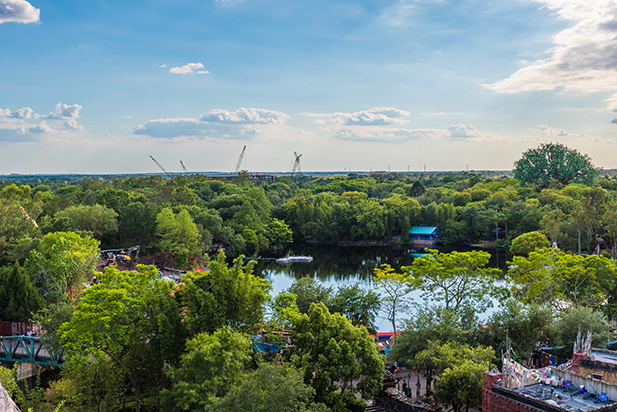 Animal Kingdom is a mess. Construction walls are everywhere as part of the Rivers of Life project. A whole new land is being developed in Animal Kingdom. It’s pretty exciting. On May 27, 2016, Animal Kingdom will debut new nighttime hours – including street parties and a projection on the Tree of Life.

Avatar Land – Camp Minnie Mickey has been officially closed for the construction of “Avatar Land”. Construction is on going and should be finished in 2017.

Rivers of Light – the other big project at Animal Kingdom is a new nightime show called the Rivers of Light. It will be shown on the lagoon in the middle of Animal Kingdom. It will be an animal friendly nighttime show so don’t expect fireworks, but something pretty spectacular using lights. Scheduled to debut on April 22, 2016, this show has been delayed. Fingers crossed it opens later in the year. 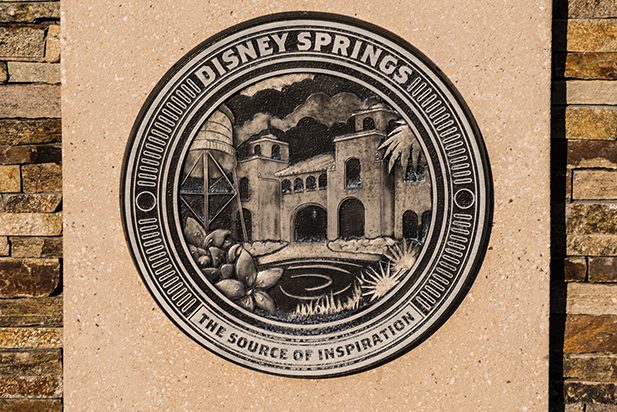 Disney Springs is undergoing a major change. MAJOR change. In fact, it’s so big the the name is changing too. It’s keeping the Marketplace and West Side areas (with some upgrades) and also adding in the Landing (formerly Pleasure Island) and a new area – Town Center. It’s all open now, though many shops and restaurants are still shuttered, to debut throughout the year.

Disney Springs when it is finished will be almost double the size of Disney Springs and have around 150 shops, restaurants and attractions.

It all starts with parking 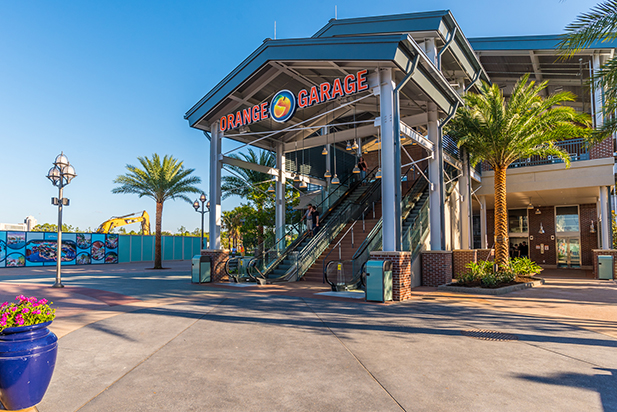 Streets and Parking – parking has been a mess at Disney Springs for a long time so the first thing that was added was a parking garage. 2 new parking garages are now open. 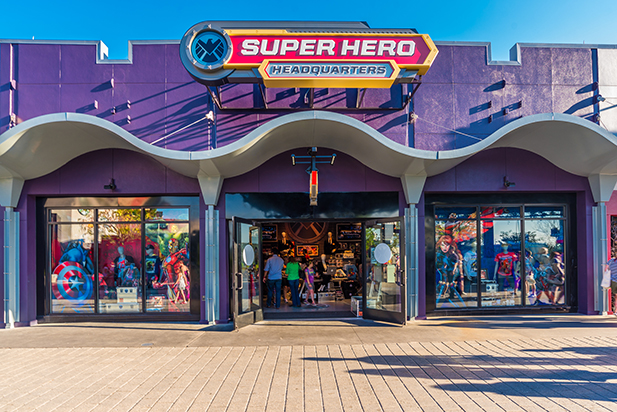 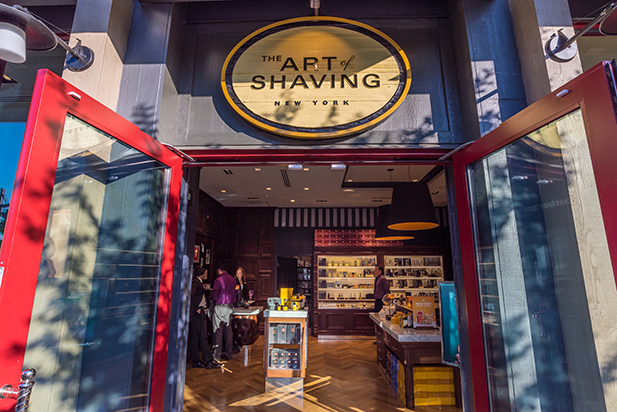 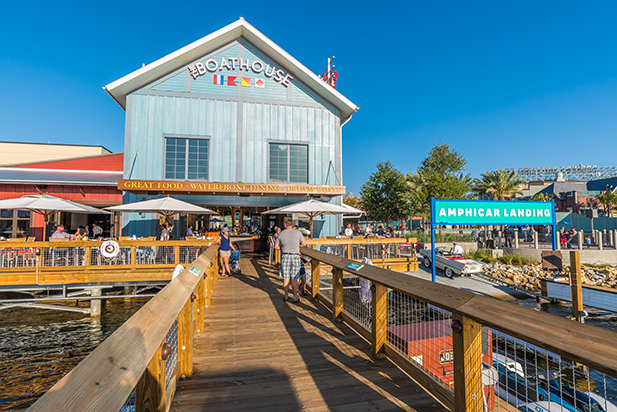 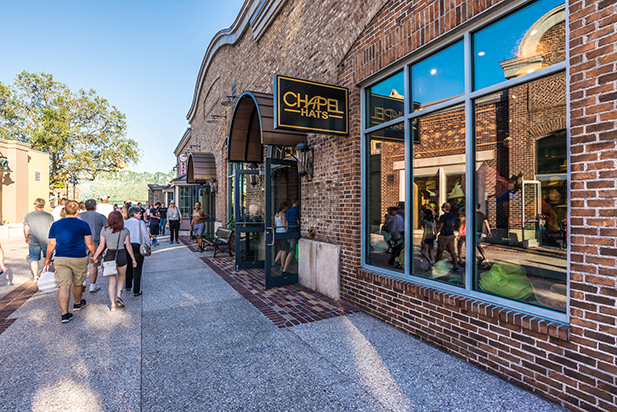 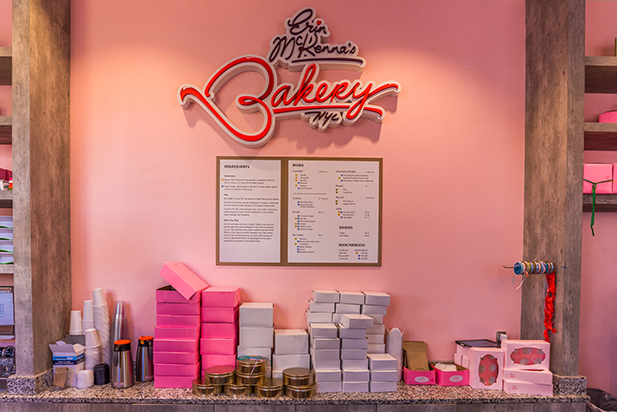 Restaurants and Shops – new restaurants and shops are opening almost daily it seems. Just look at what has opened in the last few months.

Disney has announced a bunch of new restaurants and shops that will open in the next few months. They include –

And that’s just the beginning. Planet Hollywood will be transformed into an old time observatory complete with a high-tech planetarium. New walkways are being built between sections. A true (fake) “natural” Springs is being constructed along with lots more.

Transformation to Disney Springs should be complete sometime in 2016.

The story of Disney Springs

The June 2015 WDW Magazine is full of the changes at WDW. You don’t want to miss this issue. 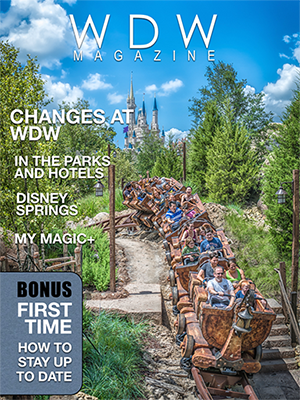 It looks like 2016 is going to be the best year to visit WDW in a long time. It might be even better than 2013 when the New Fantasyland was all opened up.

Our good friends and partners over at Destinations to Travel are gearing up for the 2016 WDW packages to be announced. They should come out sometime in July.

It can be really annoying when construction goes on at WDW and when a ride is being refurbished during your stay, but it’s a fact of life and a good thing. Regular updates and maintance are important to keep our Magical place, magical, and boy is there a lot of magic coming our way.