OK. I can’t hold it in any longer. I am terribly upset with Disney today. Something has got to change. Disney, you really, really, really had a bad day today. BAD DAY. In fact, it was downright embarrassing. Even more embarrassing than the Lone Ranger. 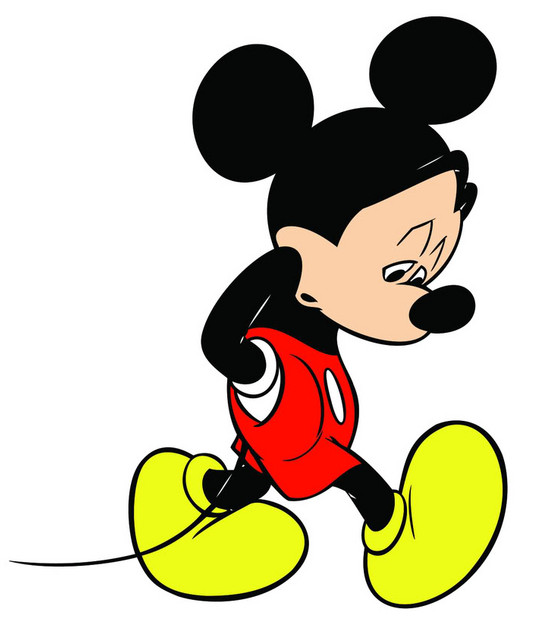 Mickey should be embarrassed today – photo courtesy of Movie Web

I am one of the biggest Disney fans on the planet. I have been a Disney fan all of my life. For the last 6 years, I’ve written over 3,000 articles, tens of thousands of Facebook posts, published 20 issues of a magazine which is almost exclusively Disney and everything I’ve ever written or published has been totally supportive of Disney and those that weren’t supportive have instructive in nature, like the wheat bun fiasco. Who was right about that one Disney?

But today I can’t excuse what happened. It’s truly a travesty. Walt and Roy are turning over in their graves to put their faces away from Orlando. Shoot, Michael Eisner is probably not answering the phone today (this is a joke, yes, I know Michael Eisner left Disney years ago), but then no one else at Disney was either. What happened today is nothing short of the biggest fiasco that Disney has ever perpetrated on the public.

Now before you start thinking that I am about to say something funny, let me assure you, I’m not. This is not a satire post. I know I’ve done that before, but not this time.

Disney, today you messed up. This Free Dining Promotion is nothing short of the worst thing you have ever done. (Worse than the rollout of MagicBands and that was pretty bad.)

Who releases a promotion where no one can get through to book and then 3 hours after it opens everyone is told all of the rooms are already booked? What company keeps the information so secret that no one and I do mean no one knows the details of the promotion until the morning it goes active? Even if that worked that would only double the time it took for people to figure out what they wanted to book.

Let’s talk about technology. Are the same people that built the Affordable Care Act web site when it first opened in charge at Disney? This is just nuts. Your biggest promotion of the year and your best customers can’t book for the vast majority of the day (Travel Agents) and those who do get through have major errors in the bookings? Not cool.

And who’s your phone carrier? Disney Mobile? Are you trying to revive that fiasco? How many times can you hang up on your customers after they stay on hold for 2 to 4 hours? I’ve heard over 100 reports which means there must of been thousands. Bad move.

Speaking of times on hold, what’s up? You knew this promotion was starting today. Why wasn’t every person that ever booked a trip answering a phone? Who’s in charge of your call center? Do you not have enough phone lines? On hold times of 4 hours is not acceptable even if it wasn’t followed by a hang-up.

Why would you tell 10% of your Travel Agent base they could modify reservations early but not the rest? Why weren’t all Travel Agents given a 6 hour head start? Maybe then your computer might not have fried within 10 minutes of the promotion going active.

Why didn’t you stick with the Chase Visa promotion? That would have spread the work out all week? Was that a last minute decision because it sure feels like it. If it was, it was one of the worst decisions ever made at Disney.

While I’m ranting this obsession with secrecy someone up there is pushing is not very helpful. Yes, I benefitted greatly from the traffic, but it’s just stupid. What’s the point? This isn’t the first time you’ve tried to keep a promotion secret and had a similar result. Didn’t the same thing pretty much happen last year?

What’s up with the hidden black out dates in the middle of a reservation? How about the incredibly limited availability? Why even put out a promotion that only has 100 rooms available? Bad public relations. Really bad.

I am really ashamed that I ever mentioned this Free Dining promotion. I don’t know if I’ll ever do it again. In fact, I just pulled the ad that I was running for Free Dining. I will not be promoting it any more. I’ve said for years that Free Dining is Dead. Maybe I couldn’t kill it, but you might have.

I’ve heard that several Travel Agents started moving their clients over to Universal today. I think Universal probably had a real good day today. Because, seriously Disney you had a really bad one.

So, what do you do about it? I have a couple of ideas.