Tomorrowland Speedway showcases America’s love with fast cars. (These cars only look fast.They have a top speed of 7.5 mph. No that’s not 75 mph that seven point five miles per hour.) Yep, those are some fast cars. 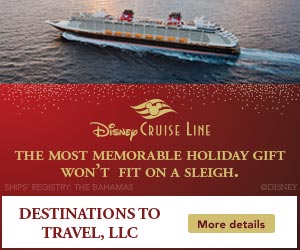 Back before the interstate highway system was built. Back when most roads were two lanes. Uncle Walt wanted to show the value of wide lanes of traffic as the future of the highway system, so he designed Autopia for Disneyland.

This is a ride wholly designed for the little tykes (and their parents). Teens and young adults will be very bored. 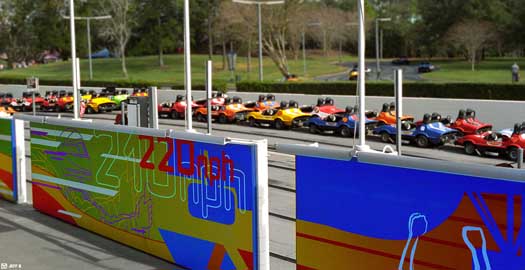 Uncle Walt was great at creating an atmosphere. Here Uncle Walt took all the ingredients (including the noise and smell) of a racetrack and made them part of the ride. This includes spectators watching from a bridge over the track (smile and wave as you go by). Uncle Walt even included grandstands for those wimpy big brothers and sisters.

This attraction first opened at Walt Disney World on October 1, 1971 with the rest of the park.

This is one of Uncle Walt’s great creations. Youngsters everywhere all holler to drive these cars. It’s always one of the longest lines of the day. Enjoy, but check those rear view mirrors when you come to the finish line.