There is a great Dole Whip conspiracy going on. I love conspiracy theories. 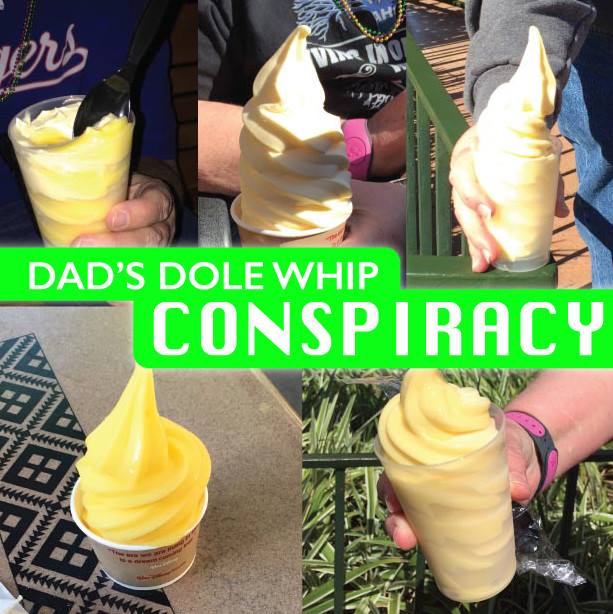 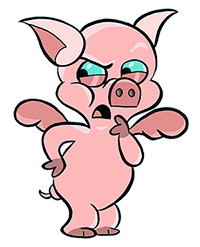 I think you’ve been listening to too much Buffalo Springfield

“Paranoia strikes deep. Into your life it will creep. It starts when your always afraid…”

I heard you singing it just the other day.

Whatever you say Pigment… But didn’t I sing good?

I think Pigment’s a little cuckoo.

I heard that. I don’t even like Coco Puffs.

Okay, so what’s going on? Dad has uncovered a Great Dole Whip Conspiracy?

Over the last few trips I’ve been noticing that there has been a little inconsistency in Dole Whips. I’m kind of a Dole Whip fiend.

For example, in November Mrs. Mom and I went to WDW for 6 days. The first 5 days we got a Dole Whip. (Missed the 6th Dad because Dad wanted to watch a silly football game.)

One thing I noticed was one day they would be nice and creamy, just like the Dole Whip you always get at Aloha Isle. It was just the perfect Dole Whip. The next day, they would be kinda like a Slushy. They taste good, but the consistency was different. They were grainy and slushy-like.

So what’s going on? Why grainy one day? Why slushy the next day? It just kept going back and forth. I even got a Slushy one at Aloha Isle on the “Secret Mission” trip. 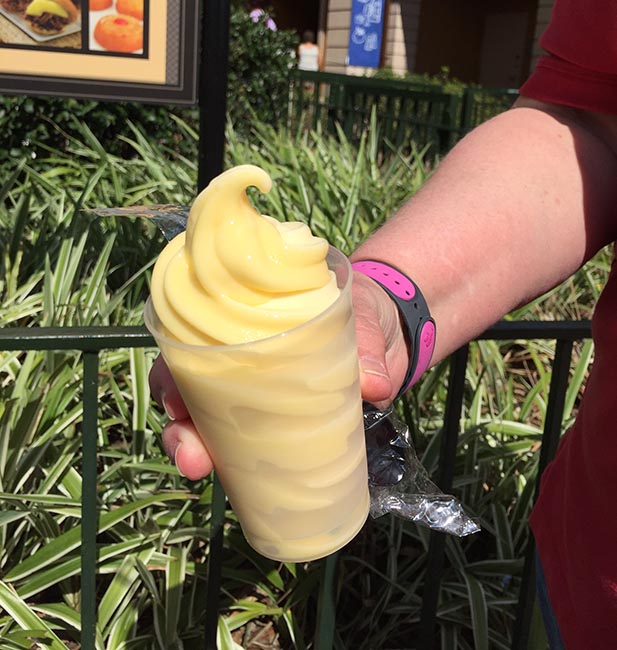 One day would be Slushy – Photo by Dad 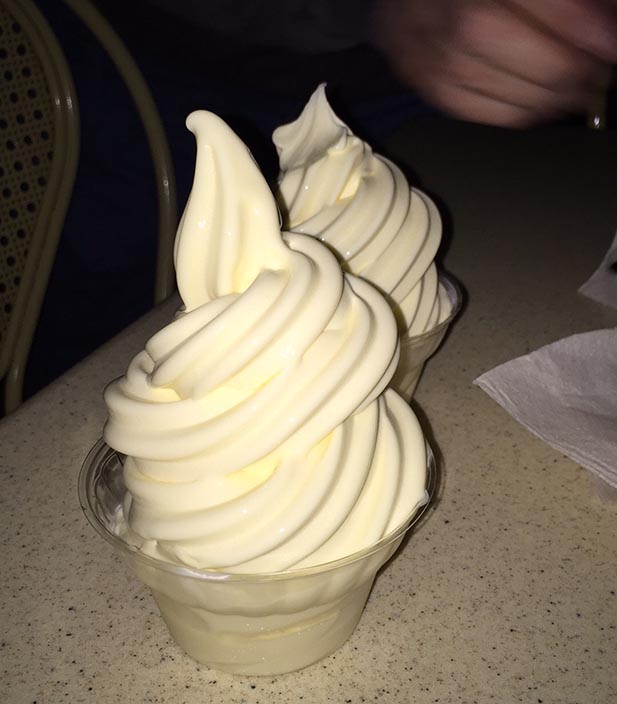 One day would be Creamy – Photo by Dad

See what I mean.

I’ve been told that if you don’t churn the mix long enough, when it comes out of the machine it’s slushy , and then once it’s been churned long enough, then it turns into creamy.

Go for on the Dad’s Guide Facebook page, and if you’ve got a picture of a Dole Whip, show me how it looks. Is it Creamy or Slushy? Tell us which do you prefer? Creamy or slushy?

This is a BIG conspiracy. Somebody’s out to confuse us. We have to get to the bottom of this.

PS. I thought I’d just have a little fun with that. But really, I’d love to see your pictures of Dole Whips and check out, creamy or slushy? Have you noticed this great Dole Whip conspiracy?