For a trip down memory lane with movie costumes and memorabilia, as well as crazy food combinations, the Planet Hollywood Observatory is the star of the show in Disney Springs! 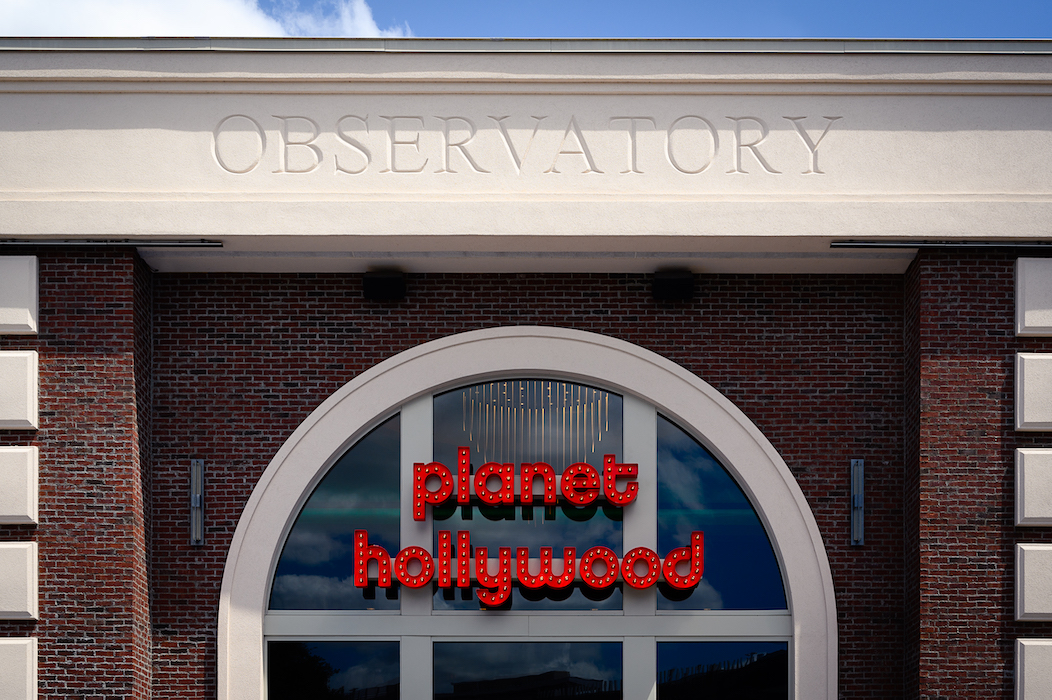 Planet Hollywood is a great place for a unique atmosphere and bite. Photo by Courtney Reynolds

Known for its star power and gift-shops, Planet Hollywood is “A whole new world,” as Aladdin would sing. I mean, as long as that world involves Hollywood. Now you’ve got that song in your head, don’t you. So does Dad. Dad loves to sing.

Known for its globe and stars design, Planet Hollywood in Disney Springs had a complete renovation in 2016. Yes, it closed for a year, and reopened with the theming of a 20th century observatory. 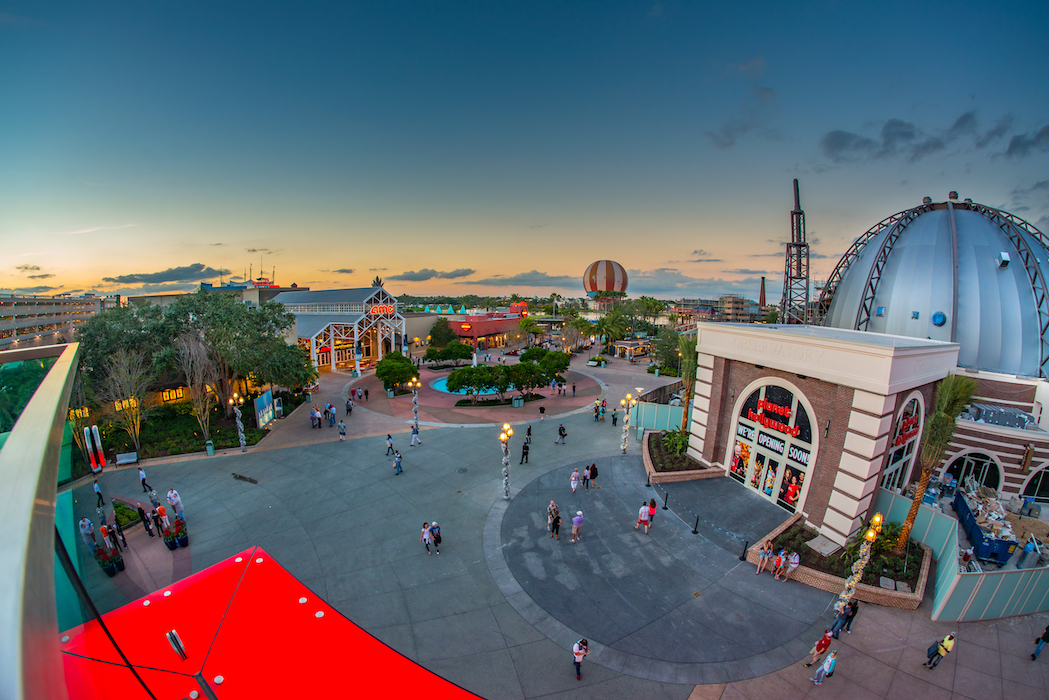 Anyone who’s ever been to a Planet Hollywood restaurant knows a little bit about what to expect at the Disney Springs version. Stars, stars, and more stars. This restaurant is a celebration of all things Hollywood.

As soon as you enter you’ll start to see props, clothes, and various other memorabilia from movies that you know. It’s a fun vibe and gives you something to do after you eat. Look, Mrs. Mom, it’s Chewbacca!

The theming inside is as impressive as the outdoor architecture. The highlight is a 4,500 foot video wall! Now that’s a TV! As you eat you’ll see videos and hear music, all shown on this massive display.

The restaurant also features an inside upper bar where food and drinks can be ordered. As well as an outdoor bar called Stargazers. Stargazers is only for drinks so if you want the food on the menu you’ll have to head indoors. 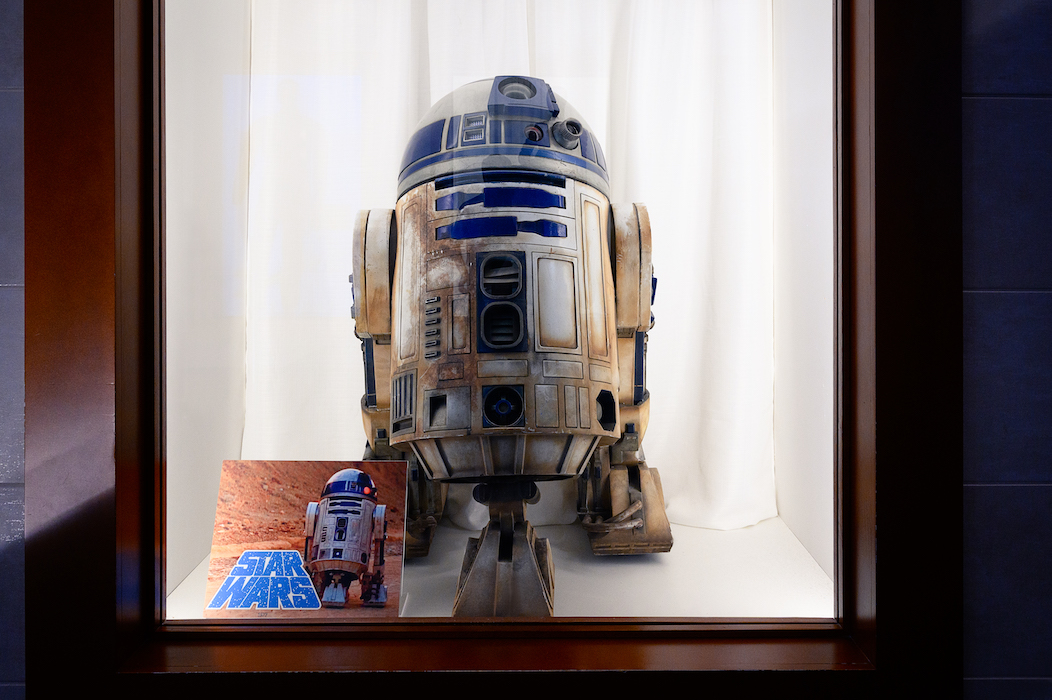 Planet Hollywood is located in the Town Center section of Disney Springs. It is near The AMC Dine-in Theaters, The Coca-Cola Store, and Chicken Guy! 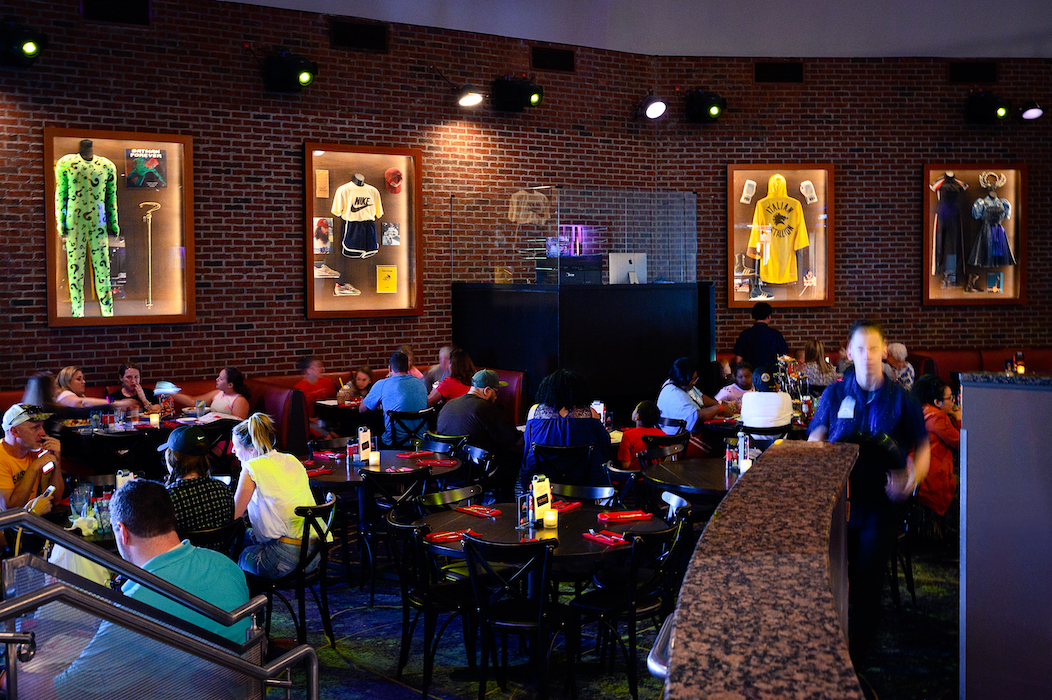 Both lunch and dinner are served at Planet Hollywood and the menus and prices are identical. A mixture of classic American cuisine, but with a creative touch. Macaroni and cheese on a burger? For some this might be the American Dream! Check out the menus here. 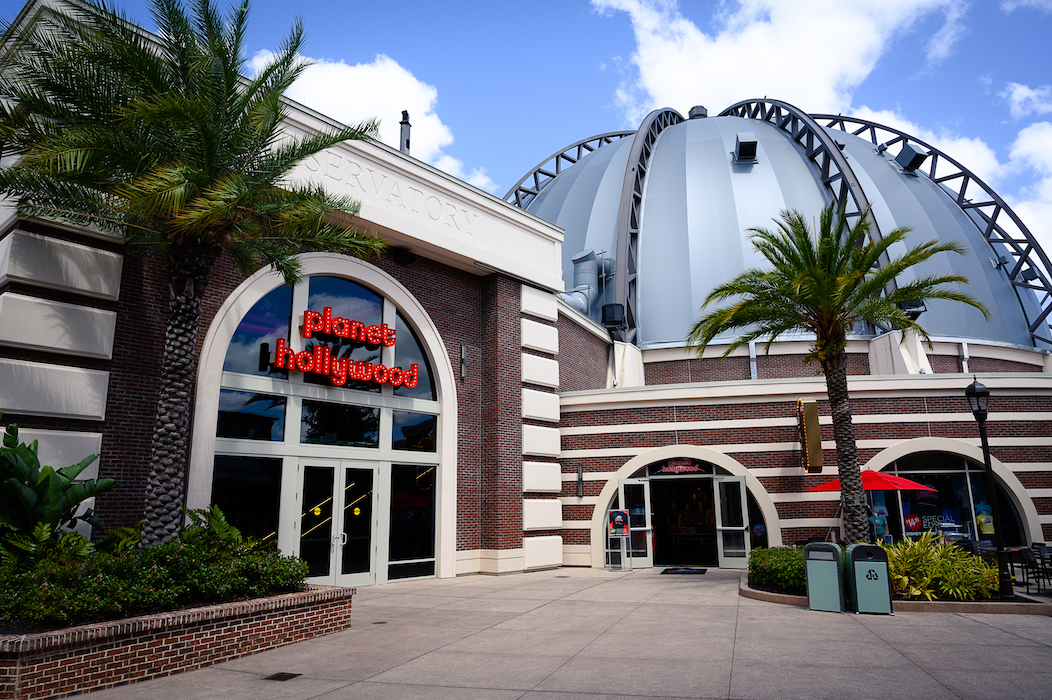 The architecture of Planet Hollywood is reflective of a planetarium. Photo by Courtney Reynolds

Unless you’re only visiting Stargazers Bar, you’ll need an ADR. This is Hollywood afterall!

Is a trip to the Observatory part of your perfect vacation? Keep yourself organized by visiting our friends at Get Down to Disness and checking out their Daily Agenda Workbook. 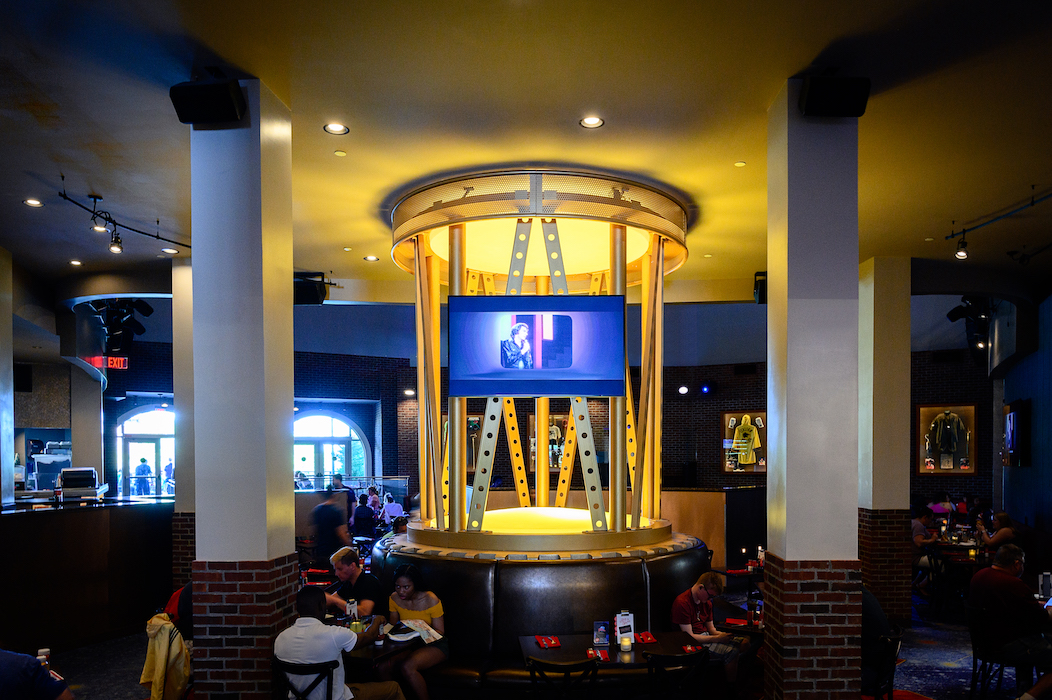 Inside, there are TVs that show various videos and play music. Photo by Courtney Reynolds 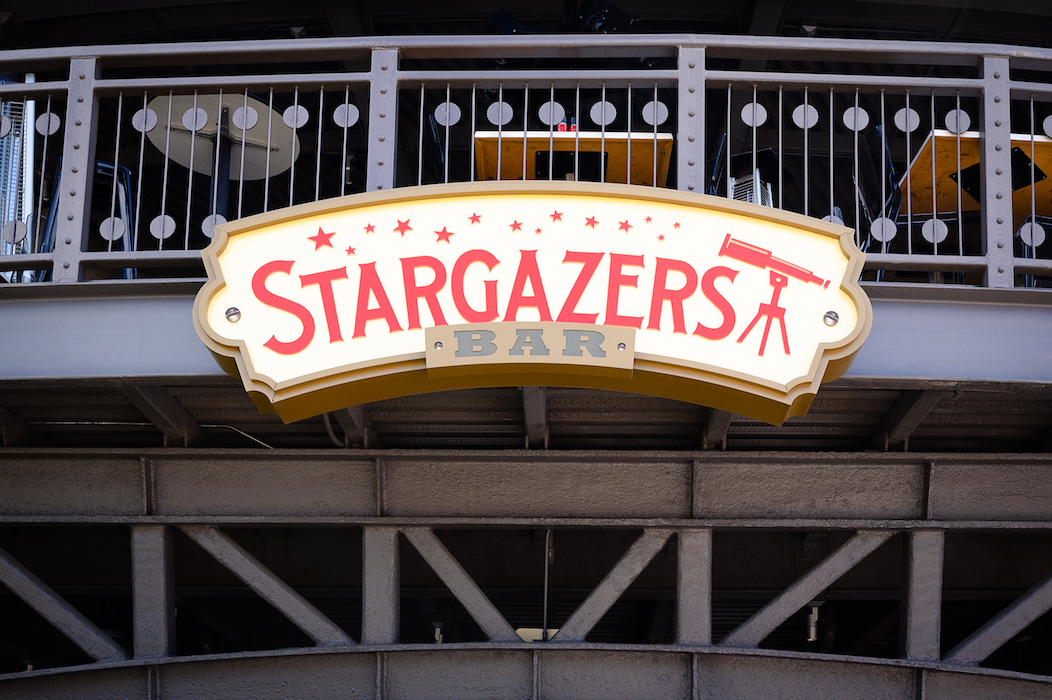 The Stargazers Bar is a great place to grab a refreshing beverage at Disney Springs. Photo by Courtney Reynolds

For some added fun, walk around the restaurant and see who can name the most movies by the props and clothing. The winner gets a milkshake. And, oh boy, these are cool looking milkshakes!