Lights Motors Action – Extreme Sunt Show is the loudest and fastest stunt show you’ll ever hear. You can hear this show all the way to Animal Kingdom. Vvvrrroooommm. Uncle Walt was a big showman at heart. He would have loved the showmanship in this attraction.

See how Hollywood stunt men do amazing stunts with cars, motorcycles, and jet skis. See how car stunts are done including cars that drive backwards and even one that splits in half. 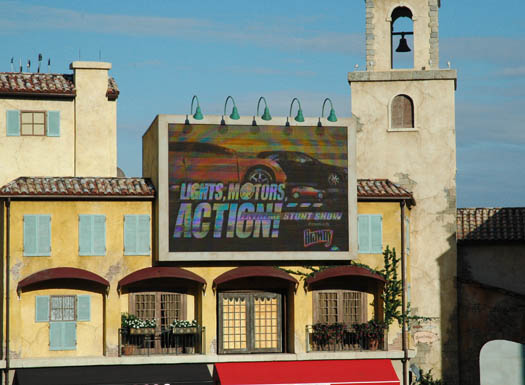 There is no preshow here except some good music, some trivia questions on the Jumbo Tron and any games you play while in the stands.

The first thing that happens (just like the Indiana Jones stunt show) is members of the audience get to “volunteer” to be in the show. It’s kinda cute but nothing special, although one of the shows we saw, a little girl upstaged the performers. Once all of that is accomplished you get to watch several scenes from a spy thriller movie being produced. 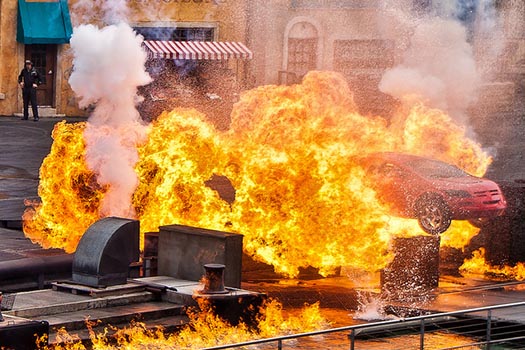 A couple of minutes of the show.

The show opened in March of 2005. It was modeled after a similar show at Disneyland Paris.

This is the best stunt show at Disney World. Being a live show there can be complications. (See what happened when Dad and the family tried to see Lights Motors Action.) Disney could do a better job of tying everything together, but it’s still not to be missed.