HalloWishes is the fireworks show at Mickey’s Not so Scary Halloween party. It’s a fight between good and evil in the skies. Good versus Evil. What a concept.

This is the best of the Wishes fireworks shows. Yep, you read it right. Dad said it’s the best. Better than the original? You have to be kidding Dad. 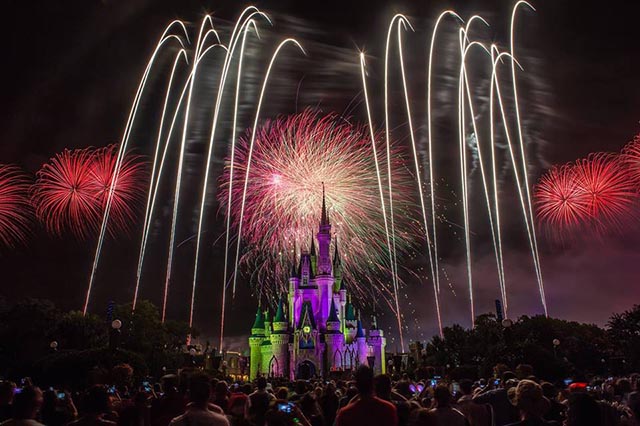 Mickey’s Not So Scary Halloween Party

HalloWishes is the “spooky” fireworks show at every Mickey’s Not So Scary Halloween Party. The Party is a special ticket event where there are ghosts, goblins, zombies, heroes and villains all around the Magic Kingdom and that’s just the guests.

Mickey’s Not So Scary Halloween Party is on select days from mid-September to just after Halloween. It features trick-or-treating, special Halloween shows, the Boo to You Parade and the grand finale HalloWishes. 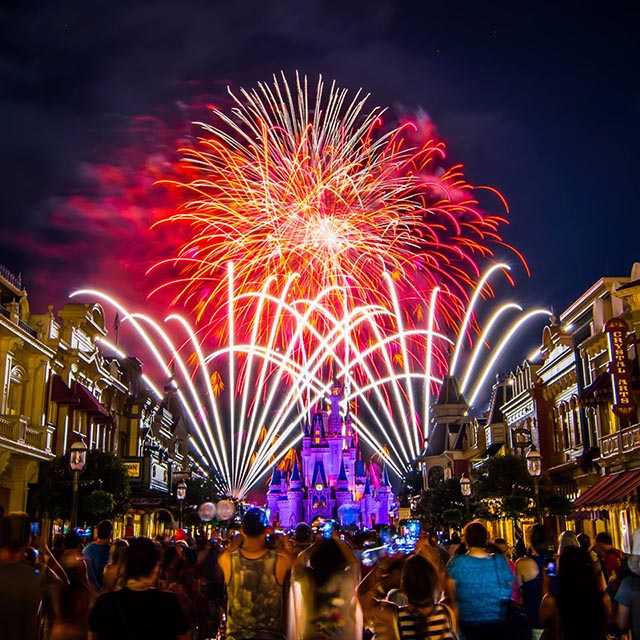 For the next 10 minutes or so, there is music from lots of Disney movies where the villians like Urusala, Jafar and Maleficent take center stage. The music is hip and fun starting with a techno version of “Grim Grim Ghosts“.

The show starts out with a quick version of “This is Halloween” (from the Nightmare Before Christmas). Then comes the “Scary-oke” with selections from some Disney classics like “Heffalumps and Woozles”, “Elephants on Parade”, “The Big Bad Wolf” and “Cruella DeVil”.

Next comes the villians – Ursala and Jafar. Ursala brings a jazzy version of “Poor Unfortunate Souls”. Then Jafar stops by with a little magic in the skywhere the castle goes dark and the fireworks go wild.

Finally you’re invited to scream to wake the dead as the big ending gets started. Disney knows how to end a show.

Here are the highlights video from the 2018 show from our friends at Inside the Magic.

HalloWishes was specifically designed for Mickey’s Not So Scary Halloween Party and debuted in 2005. 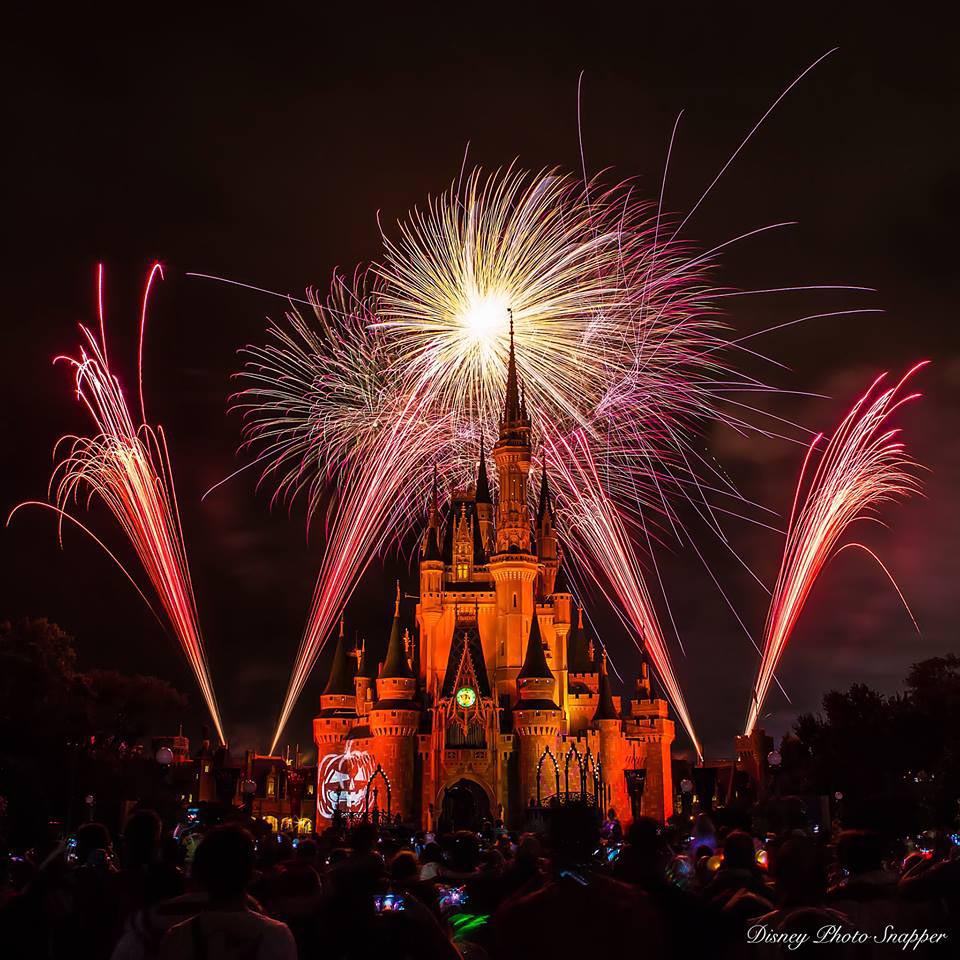 A couple of fun facts about the show

Dad was surprised by just how good the show was. The music was neat and it was longer and had lots more fireworks than the regular Wishes and was even better than the Christmas show. Mrs.Mom is not a big fan of Wishes or most of the other Disney fireworks shows, but she did like this one.