For the First Time in Forever: A Frozen Sing-Along Celebration

“Let It Go…” “Do You Want to Build a Snowman…” ah, the music of Frozen. Who doesn’t love singing those songs. Now even Dad can sing right along with the cast of Frozen in the Frozen Sing-Along. 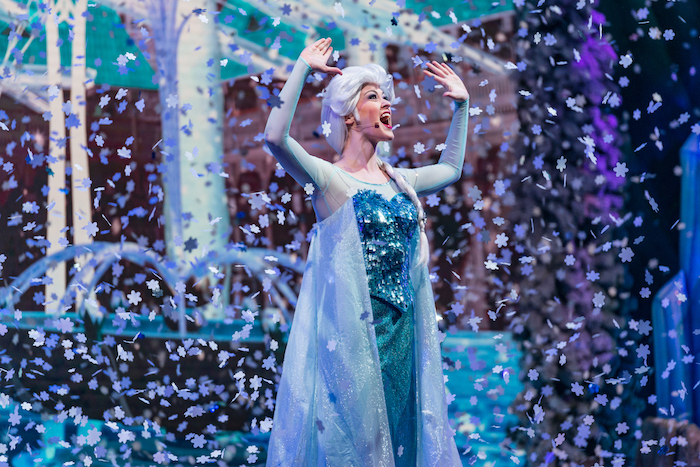 Let It Go… and sing along with Elsa! Photo by Cliff Wang

Surprisingly, there’s no preshow here. Unless you count every souvenir stand selling Frozen stuff around the park as one big preshow… 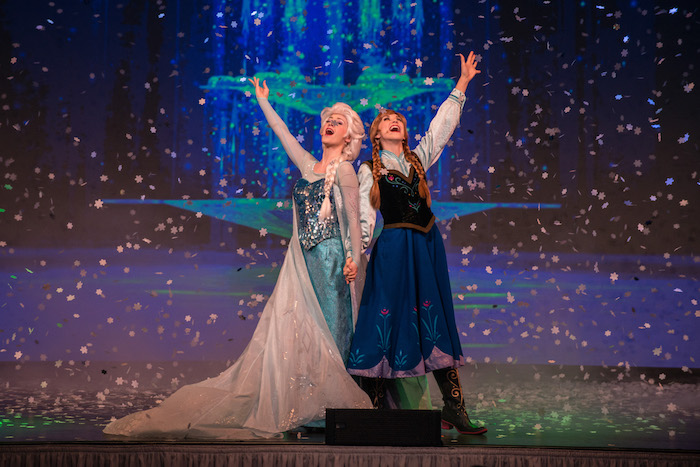 This is a pretty cute show. The actors on stage do a cute retelling of the events of the film. The kids in the audience singing along are cute. Even Olaf is cute. Cute, cute, cute.

The premise of the show is that the newly appointed Historians of Arendelle are recounting what happened in the movie that led up to Elsa’s reign as a beloved queen, ice and all. They interact mostly with Anna, and use the songs from the movie to tell the story.

A big video screen plays the musical scenes from the moving with one of those bouncing ball lyric tickers so you can follow along (as if you don’t know all those songs by heart).

At the end, Elsa comes out for the big finale, snowflake shaped confetti and all. 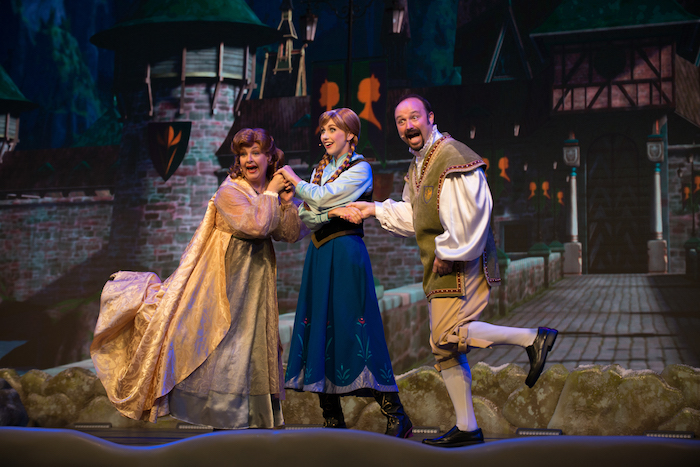 No postshow, but you’ll be let out near a Frozen themed shop, of course!

In 2017, the show was updated for the holiday season to include some numbers from the Olaf’s Frozen Adventure short – along with an Olaf appearance on stage.

Here is a pretty cool video:

Singing along with the songs of Frozen is pretty cool. Come on, I know you want to…