If you’re going to eat a sandwich, you might as well get a royal sandwich.

Pigment: Dad, what are you talking about?

Pigment: Is that like that old song, “Duke of Earl?” 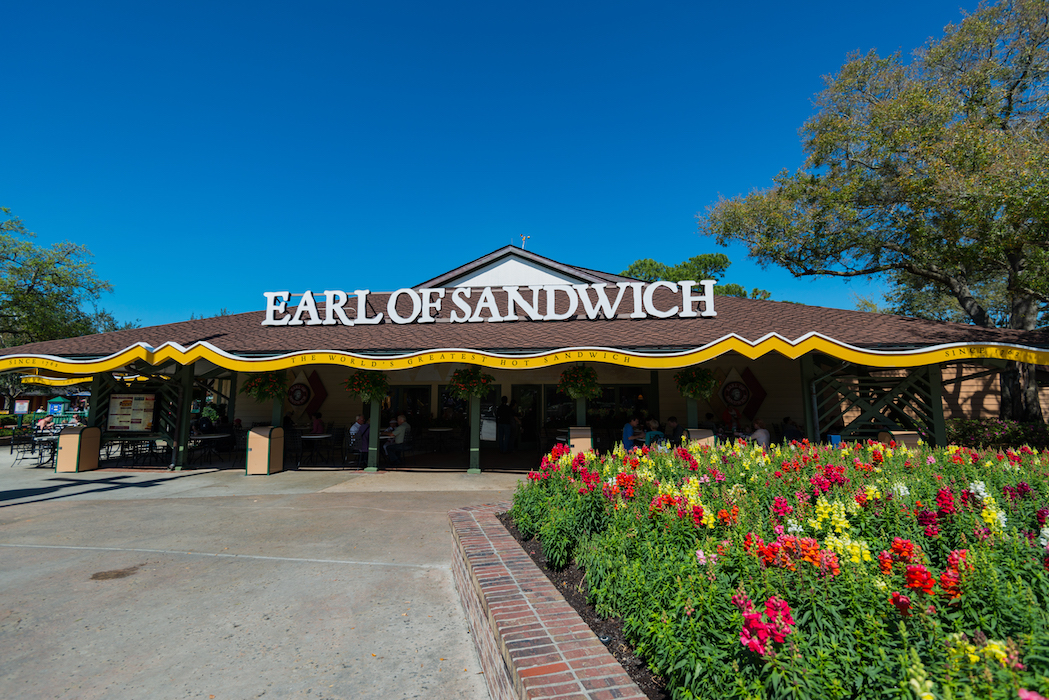 Earl of Sandwich is located in the Marketplace at Disney Springs. Photo by Cliff Wang

Earl of Sandwich is a sandwich chain that operates 31 restaurants. People seem to love their sandwiches! So, if you’re craving a sandwich this is a great place to go.

Pigment: Dad, what is an Earl?

Oh, Hi again, Pigment, an Earl is like a Duke.

Don’t worry, they don’t make you take a test to eat here. 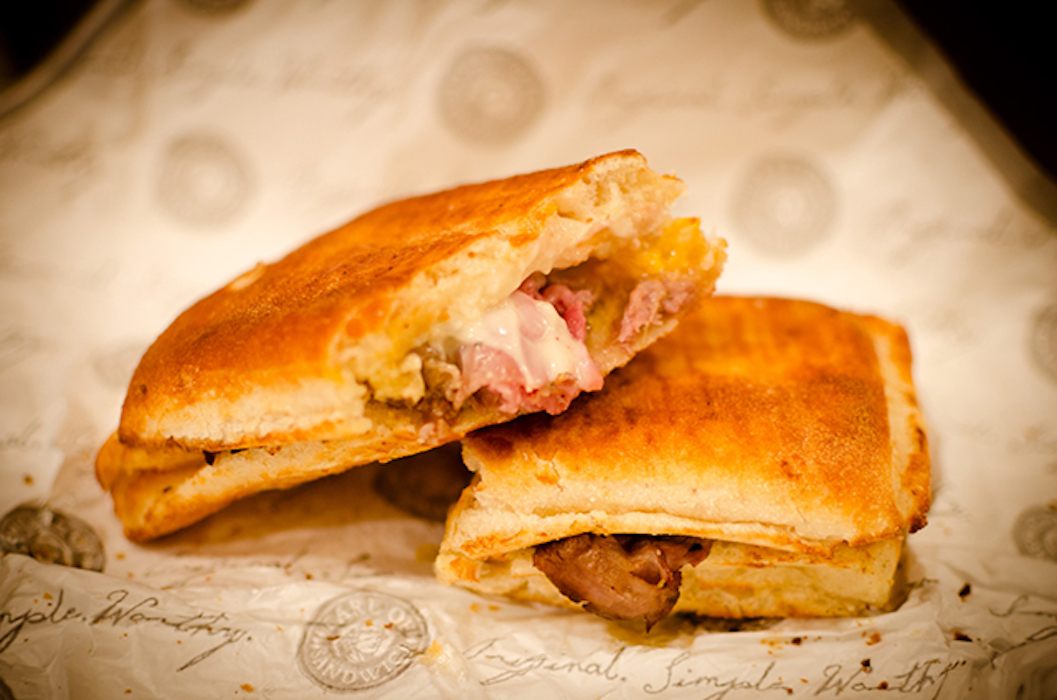 Earl of Sandwich has a variety of sandwich options for everyone. Photo by Cliff Wang

When you walk into Earl of Sandwich, which makes me think the Duke of Weaselton, I mean Weselton, from Frozen, it looks like an upscale deli. That’s because it is an upscale deli! Sandwiches, chips, and sides are what you’re going to find here.

Since this is a quick service location you’ll stand in line and place your order.  You’ll be given one of those pager/buzzer type things that will tell you when your food is ready, you’ll pick it up at the counter as well.

This quick service restaurant is one of the cheapest meals in all of WDW! So if you’re heading to Disney Springs and have a large family, or are sticking to a budget, this will be fairly reasonable.

So, why is it called, “Earl of Sandwich?” Well, according to Disney the backstory to the restaurant is that “John Montagu, the 4th Earl of Sandwich, invented the sandwich in 1762 so he could play cards while eating. 250 years later, the current 11th Earl of Sandwich family continues his legacy . . .”

All that said, these people know their way around a sandwich!

One thing to consider is that this Disney Springs restaurant can get pretty busy during peak meal times and the queue where you order can get pretty long. Going at off peak times can reduce your wait. 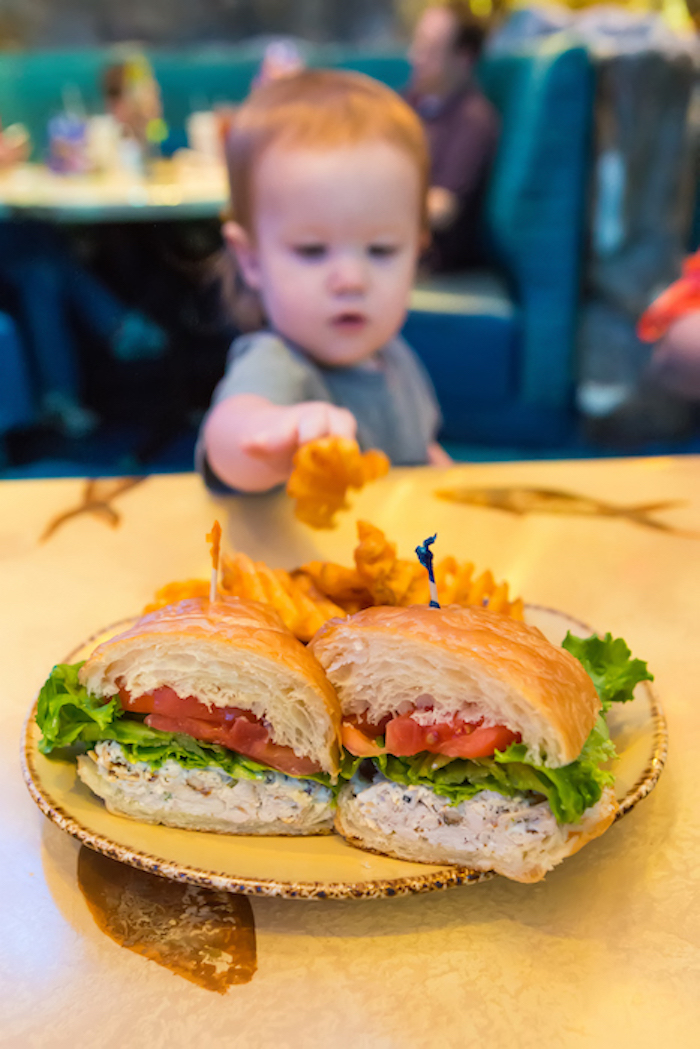 Earl of Sandwich even has a kids’ menu! Photo by Brett Svenson

Earl of Sandwich is in The Marketplace area of Disney Springs.

It’s really close to the Marketplace Carousel!!!  Can I go, Can I go???

Ok, Pigment, next time we’re there.

The restaurant is also near Bibbidi Bobbidi Boutique, The Void, and Once Upon a Toy. 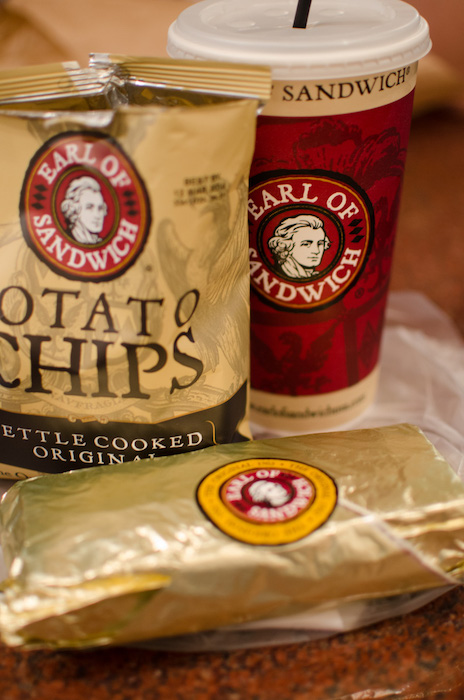 There are many different side options, including potato chips. Photo by Cliff Wang

Talk about a reasonable way to start the day! Earl of Sandwich offers many breakfast sandwichs all for low prices.

Check out the breakfast menu. 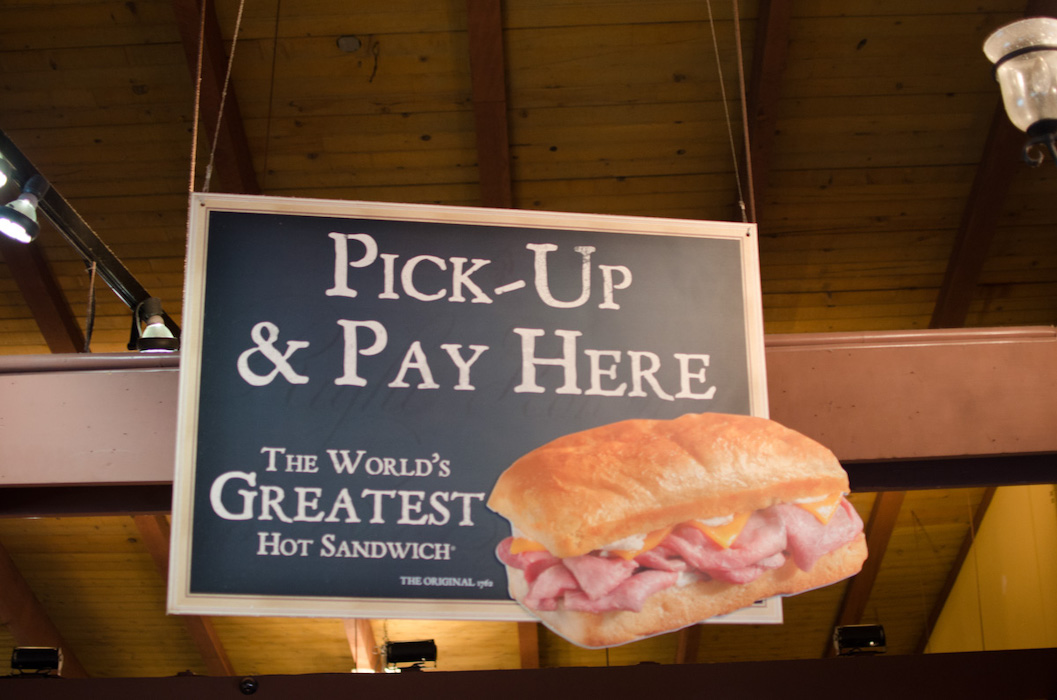 Earl of Sandwich is one of the least expensives places to eat at WDW! Photo by Cliff Wang

Lunch and dinner use the same menu but continue the trend of being reasonable.  This is one of the least expensive places to eat on Disney property. 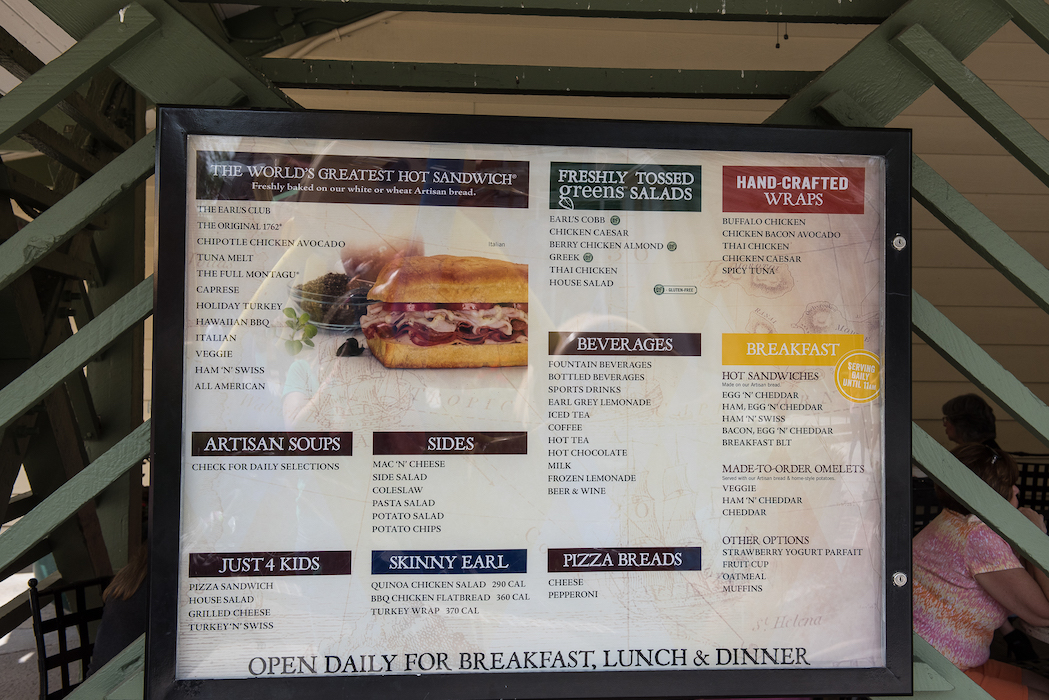 The lunch and dinner menu are the same, but breakfast is served until 11 AM! Photo by Laurie Sapp

Even though you’re dining witn an Earl, you won’t need an ADR, as this is a quick service location.

Earl of Sandwich costs one quick service credit on the Disney Dining Plan.  However, with the reasonable prices, it might be worth paying out of pocket for this one. 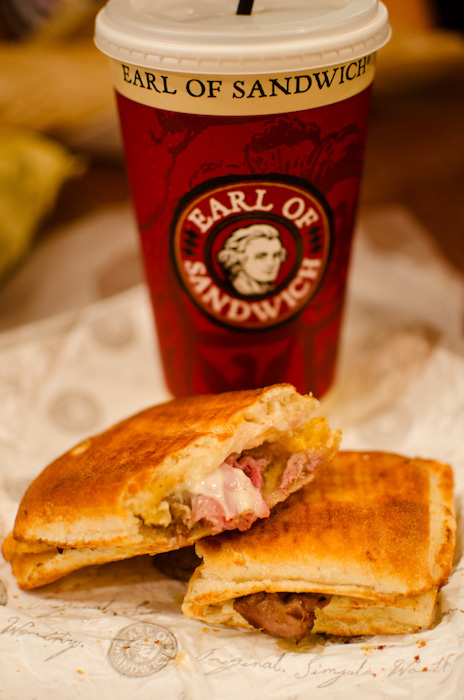 Grab a hot sandwich, salad, soup, or wrap on your next trip to Disney Springs. Photo by Cliff Wang

Out of the 31 locations of Earl of Sandwich, only one is located outside of the United States.  Where is the one international location? Paris.  Disneyland Paris.  That’s so cool! I wonder if Esmeralda and Quasimodo grab a sandwich there?

If you’re looking for value as you budget for your vacation, Earl of Sandwich fits the bill. It’s not going to have much in the way of Disney theming, but it will provide a delicious sandwich at a good price.