For a while now, Dad has been ranting about the wheat buns in the parks especially at Casey’s Corner. Well it looks like someone at Disney is finally paying attention to dear old Dad. (And it’s about time.) 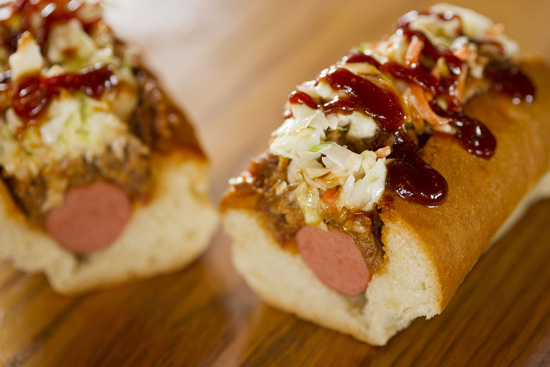 Yes, that is a white bun on a hot dog from Casey’s Corner. It seems that without any fanfare, whenever Disney added the new upscale dogs that they actually went back to the white buns. (And there was much rejoicing!!!!!!!!) And that’s not just for the new items, it’s all across the menu.

Who in their right mind would put a “healthy” bun on a hot dog? It was just silly and yucky at the same time. It’s good to see that sanity has been restored. (I’m sure the thousands of letters from Dad has some influence.)

It would have been very sad to have to skip Casey’s.