Beauty and The Beast – Live On Stage

Beauty and The Beast – Live On Stage at Disney’s Hollywood Studios is a brief recap of the animatied movie that was popular in the early 90’s (yes, it’s been that long… although it seems like it’s still really popular today). It’s shown several times a day in a the “Theater of the Stars” on Sunset Boulevard.

Like most Dads, Dad missed this attraction for several Disney World trips. What can I say, we are guilty of sappy show avoidance. It’s just our nature. But recently Dad actually planned to go to “Theater of the Stars” and ended up watching the show.

Find out why Dad went to see Beauty and the Beast 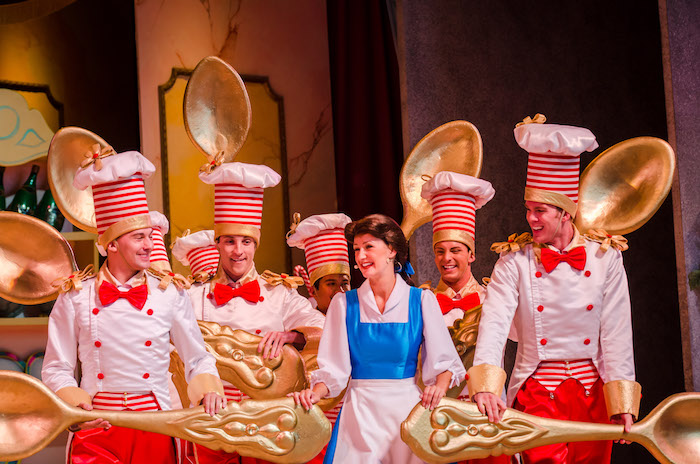 Belle sings her heart out in this show. Photo by Laurie Sapp.

There used to be a really good preshow, but Disney discontinued it in 2009.

“Be our Guest, Be our Guest…” This is a real-life version of the cartoon movie that came out in 1991. (Not to be confused with the 2017 live action movie) The show is a musical, and the performers act out the best scenes from the movie and sing the most popular songs.

Everyone knows the story. Boy gets in trouble then gets turned into a beast. Girl runs away from the town bad boy and runs into beast. Beast falls in love with the girl. Girl falls in love with the beast. Beast and girl kiss. Beast turns back into a boy. Everyone (except for the bad guy) lives happily ever after. Oh sure, there’s an enchanted flower and some singing househod objects too.

The show is a mixture of live action sound and prerecorded sound. So you get to hear some of the voices you are familiar with, but the on-stage actors are really singing (usually). 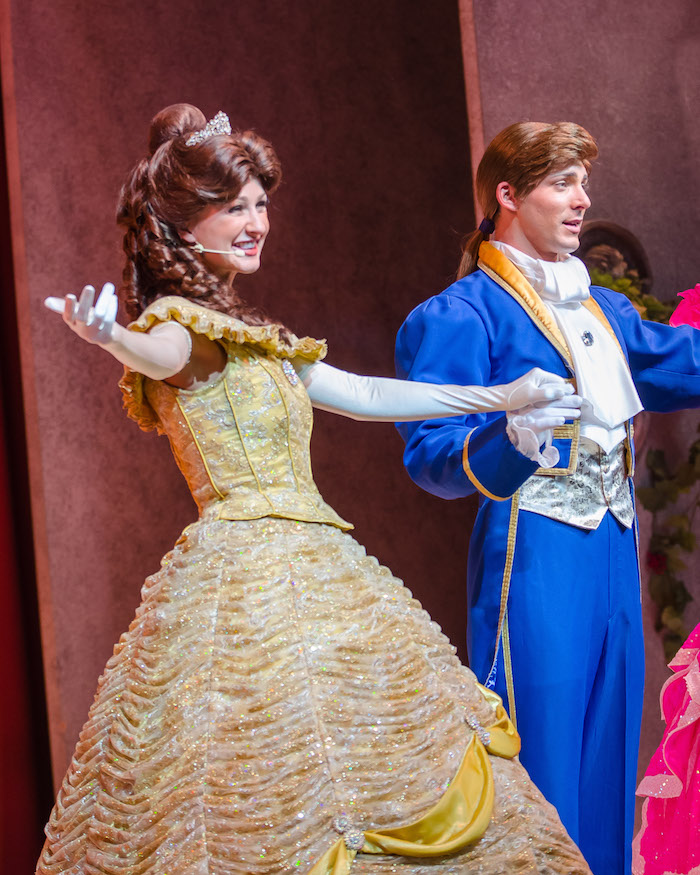 You’ve gotta see this Tale As Old As Time if you’ve got a little princess with you. Photo by Laurie Sapp.

The show opened in 1991 the same year as the original movie.

MORE Beauty and the Beast

Check out Enchanted Tales with Belle, Gaston’s Tavern, and the Be Our Guest restaurant in the Belle’s Village area of NEW Fantasyland in Magic Kingdom!

It’s a good show. The live singing is pretty good, sometimes very good. If you liked the movie, you’ll like the show.